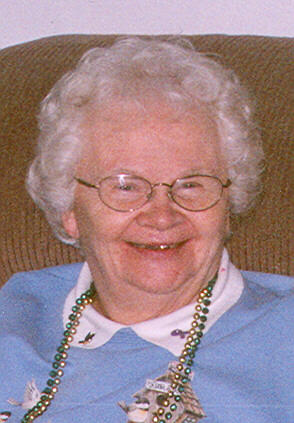 Salle J. Casler-Van Beek, Neenah, age 76, passed away at Valhaven Care Center on Saturday, January 23, 2010. She was born in Appleton on April 2, 1933, the daughter of the late Wilber and Martha (VanderHyden) Whitrock. Salle attended McKinley Grade School, Sacred Heart School and Appleton West High School. In 1955 she married Robert Casler who preceded her in death in 1978. She married Martin J. Van Beek in 1989. He preceded her in death in 2001. Salle was an avid bowler and loved sports, especially the Packers and Brewers. She played piano and loved to sing for friends and neighbors.

The funeral service will be at 4:00 p.m. on Thursday, January 28, 2010, at Jansen Fargo Funeral Home, with Sr. Annette Koss officiating. Friends will be received at the funeral home on Thursday from 1:00 p.m. until the time of the service. Burial will be in Good Hope Cemetery, Milwaukee.

The family extends a special thank you to the nurses, staff and residents at Valhaven Care Center, Neenah for their dedicated service and friendship.

A memorial fund in Salle's name is being established.