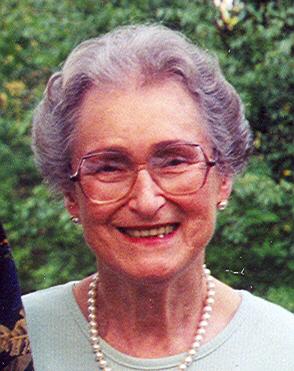 Ruth Ragland Reineck, age 92, passed away on Thursday, December 2, 2010. Ruth was born on July 17, 1918, in Atlanta, Georgia, to the late Chester and Bess (Fox) Ragland. She graduated from Lawrence University in 1940 with a B.A. from the Conservatory of Music. Ruth married Edward A. Reineck on July 27, 1940, in Elmhurst, Illinois; he preceded her in death on August 1, 2000. In past years she taught at a Chicago Montessori School until retiring to Wisconsin in 1972. Ruth enjoyed cross country skiing, gardening, playing the piano and bridge. She was a Brownout of Appleton and a member of the Antigo Womens Club. Survivors include her daughters, Sarabess (John) Cahill, and Nancy (Bill) Windatt; her grandchildren, Susan Cahill, John J. Cahill and Kristen Cahill, Julie Burr, Kate Charchuk and Tom Reineck; eight great grandchildren; her sisters, Dorothy Mercier and Eleanor Singleton; and her daughter-in-law, Penny Reineck. She was preceded in death by her son, Thomas Reineck. Memorial services will be at 11:00 a.m. on Saturday, December 18th, 2010, at PEABODY HALL AT PEABODY MANOR, 2600 South Heritage Woods Drive, Appleton. In lieu of flowers, friends may make contributions to Lawrence University Conservatory of Music.