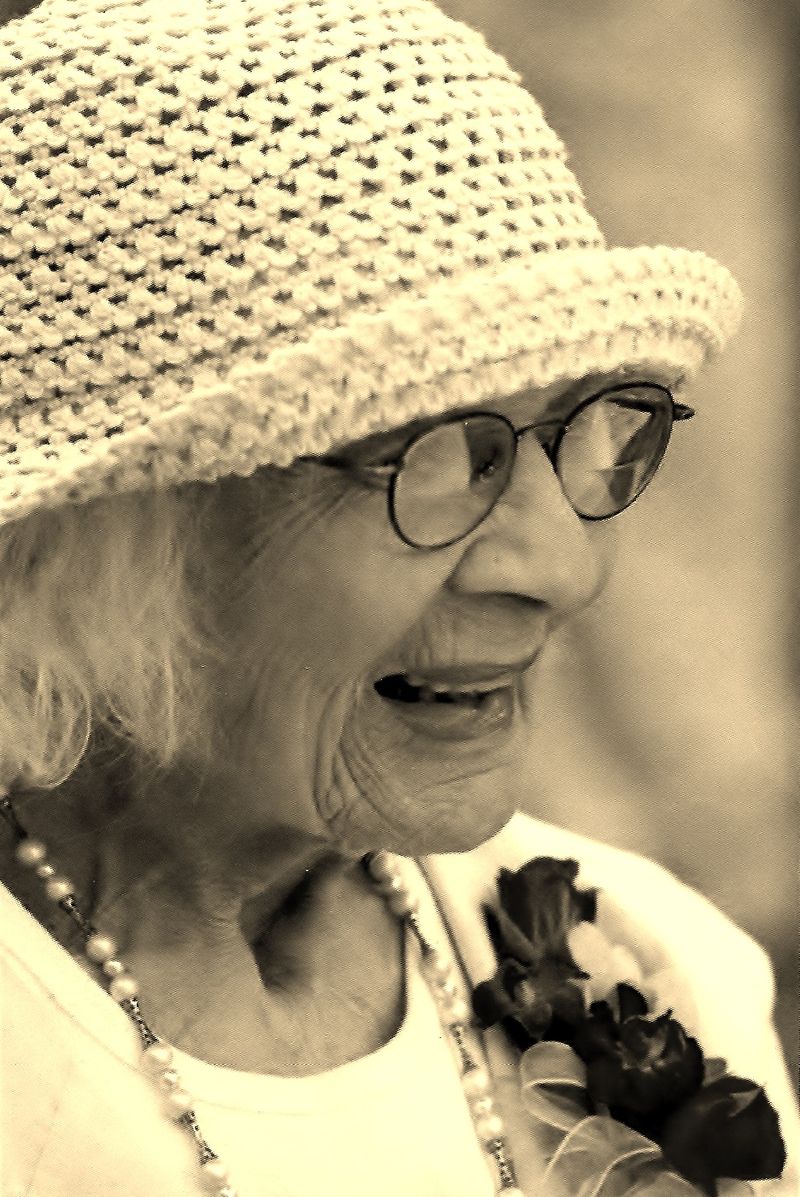 Ruth Schmidt, 96, of Appleton, passed away at Brewster Village on Monday, March 4, 2013. She was born in Milwaukee on July 20, 1916, to Edward and Ida (Betz) Schneider. Ruth is survived by her devoted and beloved daughters, Debbie (David Simpson) Schmidt of North Lake, Wisconsin, and Becky (Barry) O'Connor of Appleton, Wisconsin. She is also survived by her younger sister, Alyce Schutz, Washington Island, Wisconsin, and nieces and a nephew.

She adored her three grandsons and their wives, Ben (Sara) of Cottage Grove, Minnesota, Sam (Kate) of Wauwatosa, Wisconsin, and Alex (Nicole) of Madison, Wisconsin, as well as her Russian exchange granddaughter, Katerina Pichugina, New York City. She followed, and remembered, virtually every activity and accomplishment of her family and, along with her husband, Walter, attended most of them. She especially looked forward to seeing and “skyping” her great-grandchildren, Cole and Annie of Cottage Grove and Jack and Abby of Wauwatosa. As the loving partner of long-time Kaukauna educator, Walter, Ruth was also a constant fan of four decades of Kaukauna High School performers and competitors.

She was preceded in death by her parents and her husband, Walter G. Schmidt, whom she met on Bascom Hill when both were graduate students studying English literature. She earned her B.A. in English Literature at North Central College. She will be rejoining Walt after 67 years of marriage interrupted by a brief three year separation after Walt's passing in 2009.

Ruth's unconditional and unlimited love for her family and friends reveals the uncommon heart of this unique beauty that sets a high standard for those who have had the good fortune of knowing her. An accomplished seamstress, she was able to duplicate all of the changing fashions for her high school daughters on her sewing machine. Ruth had an uncanny ability to discover, and address, the needs of those who depended on her. A devoted Milwaukee girl, Ruth read the Milwaukee Journal/Sentinel every day of her adult life, revealing an intellectual curiosity and engagement that spanned her nine plus decades of living in a changing America. Her memory of details in the past, present and future, was a phenomenon that culminated in the listing of the dozens of loved ones she wanted her daughters to convey a fond good bye to. Occasionally, a bit of German discipline and, yes, even stubbornness crept into her response to efforts of those around her to “indulge” her, be it an extra dessert, an “unnecessary” visit to the doctor, or changing plans to accommodate her needs. A change to a proven recipe at Thanksgiving often elicited a clear, but gentle redirection.

A memorial service will be held to celebrate Ruth's life at 2:30 p.m. on Saturday, March 16, 2013 at Memorial Presbyterian Church, 803 E. College Avenue, Appleton. Rev. Michael Goodwin will be officiating. Ruth's family will be greeting friends from 1:30 p.m. until the time of service. A private committal will be held at Riverside Cemetery in Appleton. In lieu of flowers, memorial contributions will be added to the Walter and Ruth Schmidt Scholarship Fund for future educators. Online condolences can be offered at www.wichmannfargo.com.