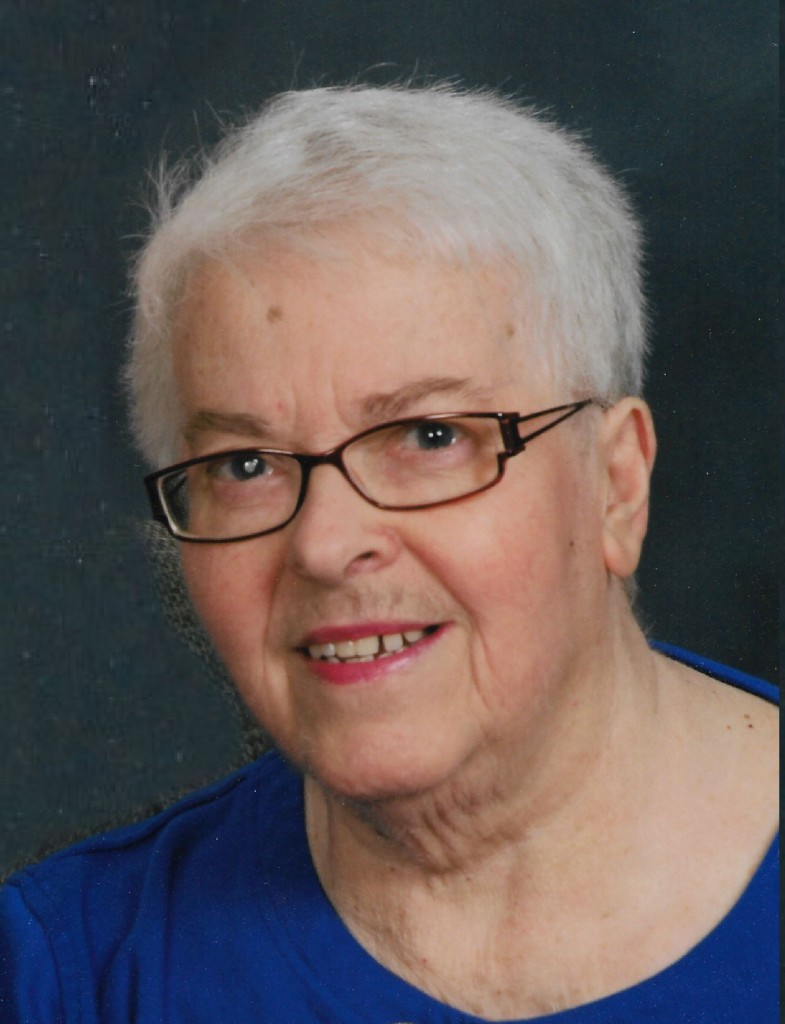 Ruth Nagan, age 82 of Kaukauna, passed away at her home on Thurday morning, March 29, 2018. Ruth was born in Shelburne, Nova Scotia on April 18, 1935, daughter of the late Frank and Elsie (Allen) Welsh. On March 15, 1955, she married Donald Nagan, an American serviceman who was stationed in Nova Scotia.

Ruth was very active at St. Katharine Drexel Parish in Kaukauna, having served on the Altar Society, in the church funeral choir, as well as various other positions at church, school, at the rectory, and in the Religious Education Program. She enjoyed sewing, trips to the casino, traveling with friends, swimming, gardening, quilting, baking, and cooking. She was also an avid walker and helped with the Bowling For The Blind program. More than anything, she loved her family, especially her grand-babies.

The funeral liturgy for Ruth will be held at 11:00 AM on Thursday, April 5, 2018 at ST. KATHARINE DREXEL - ST. MARY’S CHURCH, 119 W. 7th Street in Kaukauna. Msgr. Jim Vanden Hogen will officiate, assisted by Deacon Steve Vande Hey, Pastoral Leader. Burial will take place in the parish cemetery. Family and friends are invited to gather directly at the church on Thursday morning from 9:00 AM until the time of the service.

The family would like to thank Shelly, Cliff, and the staff at Affinity Hospice for the love shown to Ruth. Special thanks to Laurie and Tess for all of their compassion and care. We will never forget your kindness.