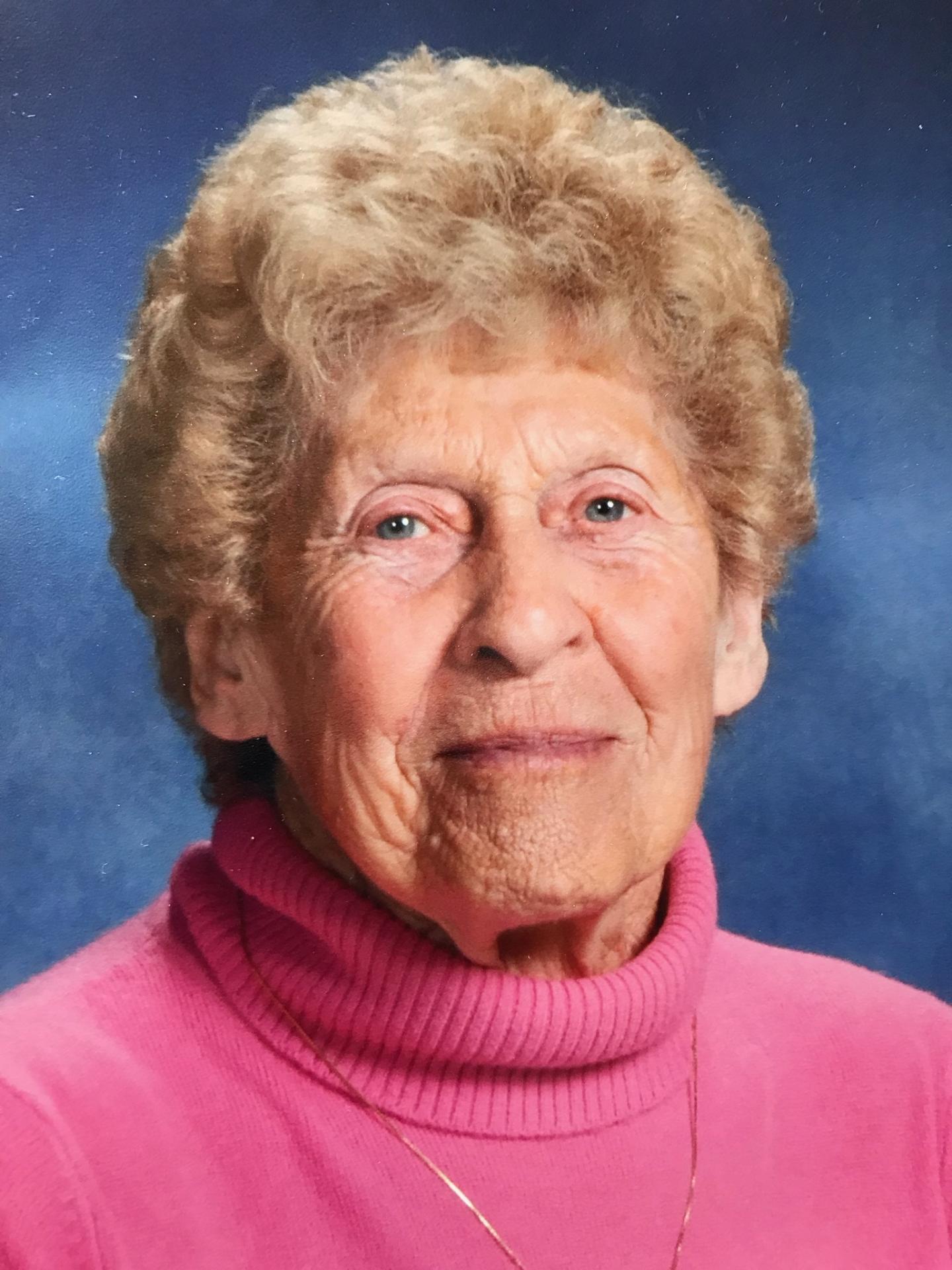 Ruth H. Nafzger, age 97, was called home by our Lord and Savior March 18, 2020 in Appleton. She was born November 28, 1922 in Milwaukee to Carl and Theresa Grosch. On June 29, 1940 she was united in marriage to Alvin F. Nafzger Jr. where they resided until moving to Eagle River in 1948. In 1965 they moved to Appleton until her retirement from Zwicker Knitting Mills. They purchased a home in Cecil where they resided until Al’s death June 3, 2000. Ruth traveled to Seabeck, WA. to spend special time with son Lee, wife Phyllis, and grandchildren Kelly and Tanya. Ruth later returned to the Little Chute/Hortonville area sharing special time with her daughters Judy and Carole. She later resided at Apple Creek Place for the past 3 1/2 years time of her death. Ruth was well known for her excellent cooking and bakery. She taught “all her daughters “to carry on in the kitchen and we are thankful for all the memories and recipes she left us. She was an active 4-H Club leader while residing in Eagle River and looked forward to the Vilas County Fair entering her blue ribbon bakery, preserves, sewing and basketry. Lastly, Ruth was a devoted member of St. Luke’s Lutheran Church in Little Chute.

Due to the current circumstances, a Celebration of Life event will be announced at a later date. A private family inurnment will take place at Woodlawn City Cemetery, Shawano, WI.

Ruth’s family and friends feel truly blessed for sharing her 97 years of life the Lord granted her on this earth. She was a loving daughter, wife, mother, grandmother and great grandmother. She will be deeply missed by “all Grandma’s little sugars” as she called all her grandchildren and great grandchildren. The family thanks the staff at Apple Creek Place and Hospice their excellent care of Ruth.

To leave a special message or condolences for Ruth’s family, please visit wichmannfuneralhomes.com.