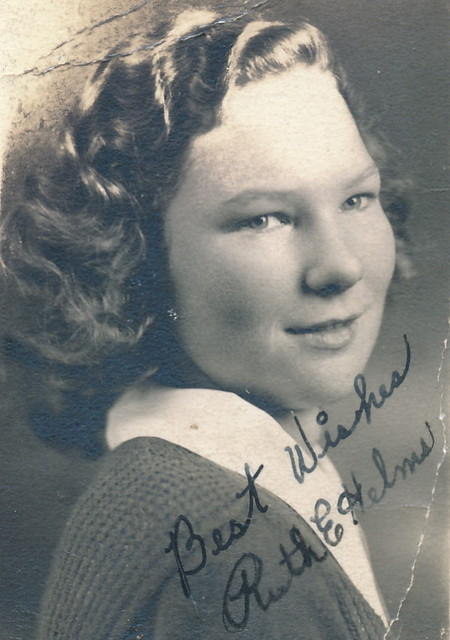 Ruth was born on April 2, 1922, in the Town of Dupont, Waupaca County, to the late Bernard and Clara (Lang) Helms. Ruth was a graduate of Clintonville High School class of 1940. She graduated from Nursing School through the local Technical School in 1966. Ruth was the first person to enlist in the Navy as a Wave from the Fox River Valley and attained the rank of Machinist Mate 2nd Class. Her nursing career included many years at Appleton Medical Center where she worked as a surgical nurse, until her retirement in 1988. She also worked as an instructor at Fox Valley Technical College teaching surgical nursing. Ruth enjoyed spending time with her children and grandchildren. Ruth was a big supporter of the Americanos Drum and Bugle Corps. She was a member of the First United Methodist Church and her church was very important to her.

Memorial services will be at 7:00 p.m. on Monday, June 25, 2012, at the Wichmann Funeral Home. Interment will be in Graceland Cemetery, Clintonville. A time of visitation will be held on Monday from 5:00 PM until the time of the service at the funeral home. In lieu of flowers memorials may be made to the First United Methodist Church. Online Condolences may be expressed at www.wichmannfargo.com.