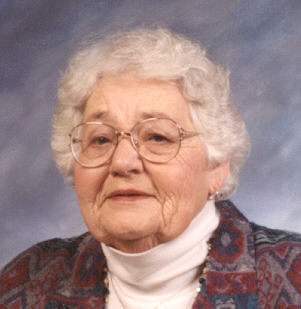 Ruth Hudak, age 82, passed away peacefully, with her family at her side on Good Friday, April 6, 2007 at Theda Clark Medical Center in Neenah. Ruth was born in Appleton on February 23, 1925, daughter of the late Martin and Lillian (Cloutier) Wyngard. On September 9, 1944, she married Edward A. Hudak in Walsh, Wisconsin; Ed preceded her in death in 1971. Ruth was well known by family and friends for her love of children ‚Äì she enjoyed babysitting for her grandchildren and relatives. She was also an excellent baker, and enjoyed spending Thanksgiving holidays ‚Äúup north‚Äù with the family. She was also the proud owner of her prized parrot, ‚ÄúCorky‚Äù.

The funeral liturgy for Ruth will be held at 12:00 Noon on Tuesday, April 10, 2007 at HOLY NAME PARISH (600 E. Kimberly Avenue in Kimberly) with Fr. Tom Pomeroy officiating. Interment will be in Holy Name Cemetery. Friends may call at the funeral home on Monday from 4:00 PM until 8:00 PM and again Tuesday at the church from 11:00 AM until the hour of the service. There will be a parish prayer and scripture service at 7:00 P.M at the funeral home.

Ruth was a loving wife, mother, and grandmother who will be dearly missed by all who knew and loved her.