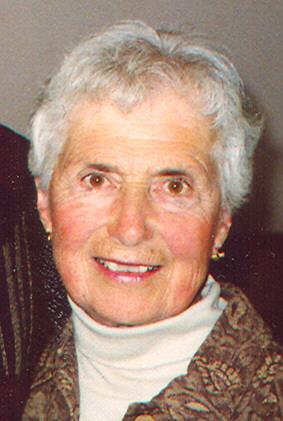 Age 77, formerly of Green Bay, passed away at her home on January 9, 2007. She was born in Green Bay on January 6, 1930, daughter of the late Charles and Estelle (Sheehy) Mathys. Ruth graduated from Green Bay West High School in 1948 as Valedictorian. She attended the University of Wisconsin-Madison and graduated with a Bachelors Degree in Social Work and was elected to Phi Beta Kappa. Ruth was a social worker for Brown and Outagamie Counties. On November 28, 1953 she married her husband of 53 years, Larrie Brazner. She very much enjoyed her volunteering at Leaven, various libraries and the Nature Conservatory in Naples, FL. Ruth was also active at St. Therese Catholic Church being a communion distributor. She loved to travel around the world, read, play tennis, golf and was an avid sports enthusiast, closely following college and professional football, baseball and basketball. She was well known for her broad knowledge of the games and players. Her love for the Packers was inspired because her father was a Packer quarterback in the 1920‚Äôs and is in the Packer Hall of Fame.

Ruth is survived by her husband Larrie; children: Paula (Jeff) Wieckert of Minneapolis, MN and their children Sarah and Adam; John (Meg Raven) Brazner of Halifax, Nova Scotia; brother, Charles Mathys, Jr. of Green Bay and his children: Terry Mathys and his children: Erik and Kevin (Jessie), Douglas (Mary Beth) Mathys and their sons: Ben, Matt and Charlie; Marty (Linda) Mathys and their daughters: Allie and Erin; Mary (Mike) Dirschl and their daughters Terra and Becca; and Amy Hillesheim and her son, Dominic. She is further survived by other family members in the United States and New Zealand. Ruth is preceded in death by her mother and father-in-law, Frank and Ruth (Mark) Brazner and her sister-in-law, Peggy Mathys.

A memorial fund in Ruth‚Äôs name is being established for Leaven and The Leukemia and Lymphoma Society (L.L.S.).

The family extends a special thank you to Dr. John Swanson, Mary Jo Murphy, and the nurses at Siekman Cancer Center and Theda Care at Home for their personal, warm and comforting care.