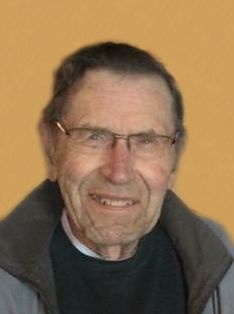 Russell G. Brantmeier, age 89, of Menasha, passed away on Thursday, December 22, 2016. He was born on December 14, 1927 in Menasha to the late Urban and Florence (Strebe) Brantmeier. Russell graduated from St. Mary High School of Menasha in 1945 and immediately enlisted. He proudly served his country in the U.S. Navy. Once discharged from the Navy Russell worked for Marathon, he then was employed with the U.S Postal Service. He retired in 1989 after over thirty years as a mail carrier. He married, Leona Rzentkowski, on June 19, 1954.

He enjoyed reading, fishing, wood carving, working in his yard and the many trips he took with his wife Leona. Russell also enjoyed their cottage in Three Lakes.

In lieu of flowers, a memorial fund has been established in Russell's name. Online condolences can be offered at www.wichmannfargo.com.

Russell's family would like to thank the staff of Matthews Senior Living of Neenah, especially those who worked in the Dementia wing, for the wonderful care given to him and his family.