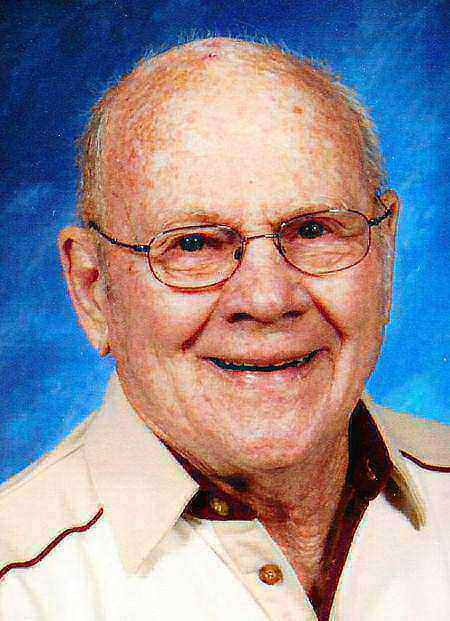 Russ was born in Birnamwood, WI on April 30, 1923 to Chester and Renee (Apker) Corning. After High School, he attended Technical School and trained to be a lathe operator. Russ used his training to work at both FWD Corp in WI and the Navy Shipyards in Bremerton, WA. He entered the Army in 1944 and proudly served in WWII, specializing in Mines and Demolitions in Italy. On December 26, 1946 he married the love of his life, Marilyn Mills. Russ was a loving, caring and supportive husband, father, son, brother, grandfather and great-grandfather, and a friend to all he met.

Russ was a man of many talents and interests. He loved the outdoors, hunting and fishing. Russ was a very talented photographer, and many of his photos remain family treasures. Russ continued to work as a machinist after the war, until he trained as a telegrapher in 1947 and went to work for the Northwestern Railroad. In 1955 he took a new job with the Haloid Company in Milwaukee, WI. Haloid Company grew quickly, eventually becoming Xerox Corporation. Russ worked for Xerox as a Technical Service Rep for 27 years, spending time in Milwaukee, Chicago and Appleton before retiring in 1982. Upon retirement he and Marilyn moved to New Port Richey, Fl and lived there until returning to the Appleton area in 2003. During this time they enjoyed the “best of both worlds,” spending 8 months in Florida and 4 months at their cottage on Post Lake. Russ and Marilyn returned to the Appleton area to be close to their family. They moved to Fox River Senior Living in 2010, where Marilyn still resides. Russ loved to read, do crossword puzzles and visit with friends and family. We all will miss his ready smile, hearty handshake and entertaining stories. Russ had a wonderful life and will be sincerely missed by all who were blessed to have known him.

The memorial service for Russ will be held on Monday, June 25, 2012 at 11:00 AM at the WICHMANN FUNERAL HOME with Rev. Lynne Spencer-Smith officiating. A time of visitation will be held on Monday from 10:00 AM until the time of the service. In lieu of flowers, the family would ask that you make a contribution to The Alzheimers/Dementia Foundation. Online condolences may be expressed at www.wichmannfargo.com.

The family would also like to thank the staff and volunteers at Cherry Meadows for the compassionate care they provided Russ. Their attention to the needs of both Russ and our family was very much appreciated. We will always remember your kindness. We would also like to thank the staff at Fox River Senior Living for their love and support of Russ during his time there. He was truly blessed to be surrounded by so many people who truly cared for him.