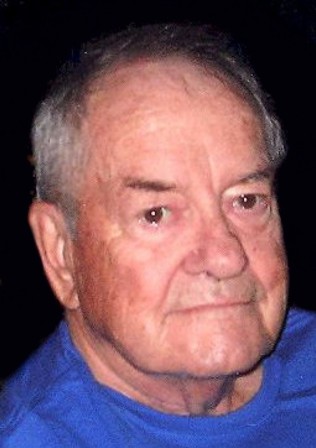 Russell A. Wilke, Sr., age 84, of Neenah, the Lord called Russ to his heavenly mansion on Tuesday, April 30, 2013. He was surrounded by his loving family in his home. Russ was born on December 4, 1928 to the late John and Clara (Kamp) Wilke in West Bloomfield and became a child of God through baptism. During childhood, he moved to Neenah where he was confirmed at Trinity Lutheran Church. After high school, he worked at the Aid Association for Lutherans where he met his wife, Shirley Schmidt whom he married on October 7, 1950.

He then worked at Menasha Corporation for 41 years. He was an active member at Trinity Lutheran Church in Neenah. He was a trustee, usher, and avid member of Men's Aid and played on their dartball team for many years. He was an avid Packer, Brewer, and Badger fan and loved all sports. He enjoyed participating and watching sports with his brothers, sons, grandsons and family.

He loved being with his grandchildren and great grandchildren. He was so proud of them all.
He is survived by his loving and faithful wife, Shirley, of 62 1/2 years; eight children: Chris (Charles) Voigt; Russell (Diane) Wilke, Jr.; Reverend Robert (Donna) Wilke; Brenda (the late Mike) Neubert; Kathy (Scott) Bierman; Colleen (Mark) Reiser; John (Sylke) Wilke; and Jean (Kevin) Redlin; 32 grandchildren and 50 great grandchildren, two of whom were one week old identical twins; two brothers: Duaine (Rita) Wilke and Roger (Diane)Wilke; two sisters: Sadie Borchardt and Betty (Chuck) Seidl; two sisters-in-law:, Jean (the late Larry) Riley and Sandy (Don) Gunther, who were like sisters to him. Russ is also survived by many nieces and nephews.
He was preceded in death by his brothers: Melvin (Lorraine, Evelyn), Victor (Agnes), Harold (Dorothy), and Dennis (Germaine) Wilke; sisters: Virginia and Genevieve.

He was seen as a man of faith by all who knew him. His priorities were Lord and family. His daily walk of faith was an inspiration to all his family.
Loving memories will be shared by family members until the day we once again celebrate together the joys of heaven.

The Christian Funeral Service for Russell will be held at 11:00 a.m. on Friday, May 3, 2013 at Trinity Lutheran Church, 407 Oak Street in Neenah. Rev. Tony McKenzie will be officiating. Interment will take place at Greenlawn Memorial Park in Neenah. A time of visitation will be held at the Wichmann Funeral Home Tri-County Chapel on Thursday from 4:00 p.m. until 7:00 p.m. and again at the church on Friday from 9:30 a.m. until 10:45 a.m. Online condolences can be offered at www.wichmannfargo.com. In lieu of flowers, memorials may be directed to “Opening Doors” offering at Trinity Lutheran Church. This offering is for Christian education which he made a priority for all his children.

We thank Dr. Nathan Grunwald and ThedaCare at Home Hospice for the special care provided to Russ during his final days. A special thanks to his pastors, Pastor Douglas Engelbrecht and Pastor Tony McKenzie for their spiritual guidance during his life. Above all we thank God for the countless blessings he gave Russ throughout his life and for the countless blessings God gave his loved ones through him.
I have fought the good fight; I have finished the race; I have kept the faith. Now there is in store for me the crown of righteousness which the Lord, the righteous judge, will award to me on that day. And not only to me, but also to all who have longed for His appearing. (II Timothy 4: 7, 8)