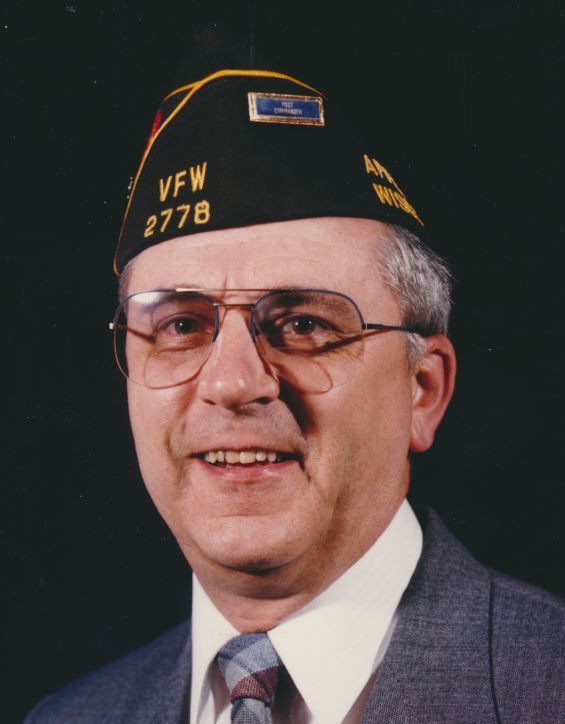 Russ Krueger, age 87 of Appleton, passed into Jesus' arms on Friday afternoon, December 2, 2016 at ThedaCare Medical Center in Appleton. Russ was born in New London on July 3, 1929, son of the late Karl and Adeline Krueger.

He graduated from the New London High School in 1947, and on January 3, 1951 married Myrtie Jane Ellefson. Just two days later, he entered the United States Army and was stationed in Kyoto and Tokyo, Japan during the Korean War. He was discharged on Christmas Eve, 1952. Many will remember Russ for his many years of employment at AAL (Thrivent). He retired in 1987. Russ was very active with the Americanos Drum and Bugle Corps for many years – he drove the equipment truck, served as chaperone, and did just about anything else Bill Schultz asked him to. In his retirement, Russ stayed very active. He served as president, secretary, and treasurer for AAL Branch 3258 and volunteered for many AAL activities; was a life member of the VFW Post 2778 and had acted as Post Commander, Chaplain, and on the Honor Guard; volunteered as a docent at the Fox Cities Performing Arts Center; guided tours at Hearthstone; lead retirement planning workshops for AAL's SMART program; active member at St. Matthew Ev. Lutheran Church, serving as church treasurer and choir member; organized bus tours to Milwaukee's GermanFest; valued member of the AAL Choir and the Valley Lutheran Chorale; and was a familiar face to several local bowling leagues.

The Christian Funeral Service for Russell will be held at 11:00 AM on Thursday, December 8, 2016 at ST. MATTHEW EV. LUTHERAN CHURCH, 129 S. Mason Street in Appleton, with Rev. Thomas Mielke officiating. Full military honors will follow the worship service and entombment will take place at Highland Memorial Park. Family and friends are invited to gather at the Wichmann Funeral Home, 537 N. Superior Street in Appleton on Wednesday from 4:00 PM until 7:00 PM, and again at the church on Thursday morning from 9:00 AM until the hour of the service. Memorial funds in Russell's name are being established at St. Matthew Lutheran Church and Fox Valley Lutheran High School. For more information or to share a memory of Russ, please visit www.wichmannfargo.com.