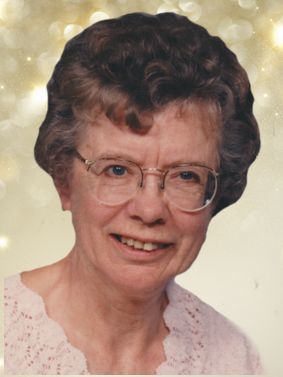 Ruby Mae Abendroth, a child of God, was lovingly called to her heavenly home early on July 4, 2016, at the age of 89. Ruby was born in Appleton on July 26, 1927, daughter of the late Albert and Freda (Genskow) Herzberg, and was baptized at Zion Lutheran Church. On June 21, 1951, she married Howard Abendroth, also at Zion Lutheran. Howard preceded her in death in the fall of 2001, after sharing fifty wonderful years together. As a young woman Ruby worked at Zwicker Knitting Mills, and later taught school in Marinette. She received a teaching degree from UW – Oshkosh as an adult student, continued her teaching career in the Hortonville and Menasha School Districts. During all of this time, she remained a faithful member of Zion Lutheran in Appleton, where she attended bible study, exercise classes, played in the handbell choir, and knitted prayer shawls with other volunteers. She was a dedicated volunteer, delivering meals to senior citizens and helping them make doctor appointments and other errands possible. She was also a gifted artist, and best known for her beautiful landscapes. Painting landscapes isn't the only gift she had – she was an avid gardener. Her home was surrounded with vegetable gardens and floral varieties that span generations. A casual Sunday drive on Highway 76 at the height of the summer would always be highlighted by a peek at the Abendroth farm. In her later years, she enjoyed drives with her family to see the beauty of the season in the parts of Waupaca and Shawano counties where she spent her childhood.

Ruby is survived by her four loving children: Tim (Kay) Abendroth of Two Rivers; Russ Abendroth of Greenville; Carl Abendroth of Greenville; and Linda (Bob) Cashman of Neenah; four grandchildren: Angela (Adam) Mueller, Ken (Jessica) Abendroth, Jessica Cashman, and Katie Cashman. There are also five great-grandchildren: Clara, Sam, and William Mueller, and Brayden and Kendall Abendroth. Ruby is also survived by a brother: John (Deanna) Herzberg of Appleton; and their children: Susan (Kevin) Moodie and Bradley (Kasey) Herzberg. There are also cousins, other relatives, and many friends. She was preceded in death by her parents, two infant brothers, and her husband Howard in 2001.

Those who would like to join us to celebrate Ruby's life are invited to gather at the Wichmann Funeral Home, 537 N. Superior Street in Appleton on Thursday, July 7, from 4:00 PM until 7:00 PM. We look forward to sharing memories and greeting friends during that time. There will be a brief prayer service on Friday at 2:00 PM, also at the funeral home, followed by burial at Highland Memorial Park.

And the next time you find yourself sitting around a campfire, smile, and eat a s'more in Ruby's memory.