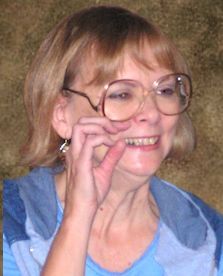 Ruby D. Andrews, age 68, passed away peacefully on Thursday, December 10, 2015 at St. Paul's Elder Services in Kaukauna, Wisconsin where she was a resident after suffering from a debilitating stroke more than two years ago. Ruby was born on October 28, 1947 in Hazel Green, Wisconsin, and grew up on the family farm near Cuba City. She graduated from the University of Wisconsin – Platteville where she received her Bachelors and Masters degrees. She will be in her heavenly home for Christmas.

Ruby started her career as a teacher in the Spring Green School System. She also worked for the Madison Police Department and for Dane County in various administrative roles. She spent two years as caregiver for her mother who battled with cancer. Ruby retired from the Outagamie County Housing Authority in 2013, following her stroke.

Ruby was a woman of deep faith, who loved the Lord and studying the Bible. She also had a great love for the Jewish people, studying Jewish history and the Hebrew language. She was a passionate reader and learner, often devouring multiple books at one time. She also loved to sew and quilt, making many quilts for Project Linus. She will be remembered for her love, creativity, great sense of humor, and her amazing smile.

Ruby is survived by her sister: Carol (Bill) Pingel of Appleton and her brother: Ron Andrews (Beth Moody Jones) of Albuquerque, New Mexico. She is also survived by six nephews: Brian (Kristi) Pingel of Crystal, Minnesota; Tim (Shelly) Pingel of West Bend, Steve (Heather) Pingel of Appleton; Adam (Amy) Pingel of Sandy Springs, Georgia; Nick (Addie Olsen-Andrews) Andrews of Albuquerque, New Mexico; Matt Andrews of Pacific, Missouri; along with their families – her great nephews and nieces. She will be greatly missed by all of them along with her other relatives and dear friends. She was preceded in death by her parents, Lee and Elaine Andrews.

The funeral service will be held on Monday, December 14, 2015 at 11:00 AM at FOX VALLEY CHRISTIAN FELLOWSHIP, 1200 W. Kimberly Avenue in Kimberly. Visitation will be from 10:00 AM until the time of the funeral service. She will be laid to rest near her parents in Mount Pleasant Cemetery in Cuba City, Wisconsin. A memorial fund is being established to support St. Paul Elder Services Hospice. Online condolences may be offered at www.wichmannfargo.com.

The family would like to thank St. Paul Elder Care and Hospice staff in Kaukauna, especially the amazing RNs, CNAs, and Hospice team who took care of her. Ruby touched many lives during her lifetime and will be greatly missed.