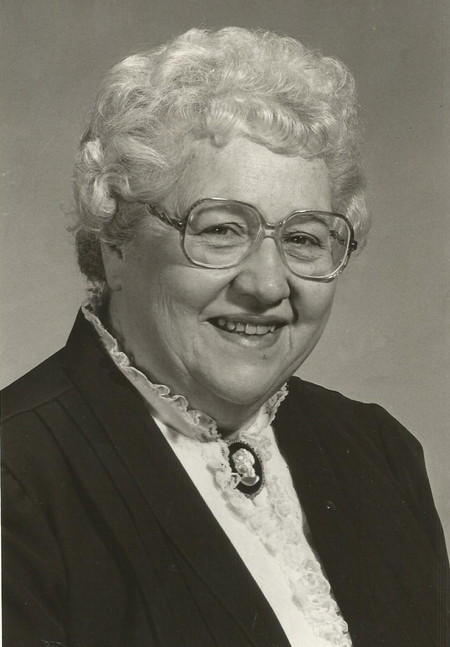 Ruby Bertha Stillman, age 86, of Appleton, passed away on Saturday, July 27, 2013. She was born on August 19, 1926 in West Bloomfield, Wisconsin, the daughter of the late John Ernst and Leona (Kempf) Behm. On June 30, 1951, Ruby married Robert W. Stillman in West Bloomfield, Wisconsin. Ruby was baptized at Christ Lutheran Church in West Bloomfield and also attended their elementary school. She graduated from Weyauwega High School. After graduating high school, Ruby worked in a steel mill in Milwaukee during World War II. She met Robert Stillman when she returned from Milwaukee, and later worked for Aid Association of Lutherans, where she held numerous positions for 28 years. She then retired in 1986, and moved to the Pickerel Lake area where she enjoyed her retirement.
She is survived by her loving son, retired Military Captain Terry R. Stillman; grandchildren: Bradley J. Stillman; Brian R. Stillman; Brenton W. (Naomi J.) Stillman; great grandchildren: Devin E. Stillman; Landon R. Stillman; brother-in-law, Lloyd Stillman; sister-in-law, Joan Behm; nieces and nephews: Joyce (Robert) Wilde; Judy (Mike) Hubbard; Jean Brown; Jerry Brown; Laurie (Joel) Glawe; Gary Brooks; Sandra Brooks; Randy (Cheryl) Behm; Daniel (Cheryl) Behm; Mary Strasser; her cousin, Mike Brooks; and special friends: Deborah and Michael Sipple. Ruby is further survived by many cousins, other relatives, and dear friends.
The memorial service for Ruby will be held at 11:00 am on Thursday, August 1, 2013 at the Shrine of Heaven Chapel- Greenlawn Memorial Park, 1451 Green Valley Road in Neenah. Rev. Martin E. Koeller will be officiating. The family will receive relatives and friends at the chapel on Thursday from 9:30 am until the time of the service. Online condolences can be offered at www.wichmannfargo.com.