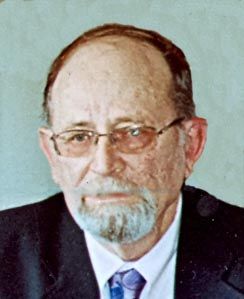 Royal E. “Roy” Nelson, age 66, of Kaukauna, passed away peacefully after a brave battle with cancer on March 15, 2013, at Cherry Meadows with his wife and daughter by his side.

Roy was born on June 3, 1946, in Appleton, Wisconsin the 4th child of the late Barbara (nee Mulry) and William Nelson. Roy attended Holy Cross Grade School and Kaukauna High School, and he left to join the Navy. Roy loved the Navy, traveling all over the world, and proudly served in Vietnam from 1968 to 1970. After serving in Vietnam, he met his lifelong partner, Yvonne Hartley, while stationed in Placentia, Newfoundland, and they married on December 11, 1971. They welcomed their daughter, Kimberly, five years later in April of 1977.

Roy loved his career in the Navy, traveling, and having the opportunity to live in many cities throughout the US. He retired in 1984 after 20 years of service in the United States Navy, and the family moved to Wisconsin from Virginia to be closer to the Nelson relatives. Roy loved family dearly, always traveling when possible to weddings for nieces and nephews, visiting his siblings in Alaska, and his extended family in Newfoundland.

When Roy retired from the military, he found a second career as an over-the-road driver. As always, he loved traveling all over the United States, seeing the sights that the country had to offer. He would often come home with great stories of the sights he'd seen and little trinkets from the places he'd been.
An avid fisherman and hunter, he cherished his time in Northern Wisconsin, Minnesota, and Canada with friends and family, especially trips with his younger brother Roger. He was well known for his exceptional cooking skills including his popular potato salad, stuffed peppers, and his famous steaks and tri-tip. His sisters often referred to him as the family “Social Director,” often throwing fish fries, planning trips, and trading novels.

Funeral liturgy for Roy will be at 11:00 a.m. on Tuesday, March 19, 2013, at HOLY CROSS CATHOLIC CHURCH, 309 Desnoyer Street, Kaukauna with Rev. Tom Pomeroy officiating. Hours of visitation will be held on Monday, March 18, 2013, from 4:00 p.m. to 6:00 p.m. at the Fargo Funeral Home, 400 W. Wisconsin Avenue, Kaukauna. Additional hours of visitation will be held at church from 10:00 a.m. until the time of mass. In lieu of flowers, memorials would be appreciated to the American Cancer Society.

The family would like to extend a special thanks to the Oncology staff at AMC for their compassionate care.

Roy was well-loved and will be dearly missed.