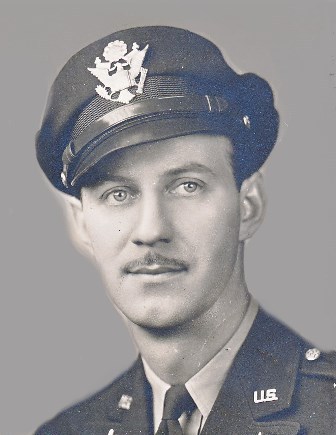 Roy Griesbach, age 95, passed away peacefully on May 11, 2013. Roy was born in the town of Center on September 8, 1917, son of the late Nicholas and Bertha (Hein) Griesbach. He attended Appleton High School, and graduated from Lawrence University in 1948 with a Bachelor of Arts Degree. In 1944, he married the former Dorothy Zink; she preceded him in death in 1982.

Roy served his country during World War II in the US Army-Air Corps. He was a B-17 bomber pilot who successfully flew 34 missions in the European Theater, and received the Distinguished Flying Cross, as well as numerous other commendations before returning home. He finished his military service as a stateside flight instructor. Following his honorary discharge, Roy worked for GMAC in Milwaukee. Upon returning to Appleton, he made his career as a custom home builder and real estate developer. Together with his brothers, they were responsible for the development of Gillett Highlands, Colony Oaks, and Cardinal Downs subdivisions. Roy was an avid big-game hunter in North America, and was especially successful on his African safari. He also shared his enthusiasm for fishing with his children and grandchildren.

The funeral liturgy for Roy will be held at 11:30 AM on Friday, May 17, 2013 at ST. PIUS X CATHOLIC CHURCH, 500 W. Marquette Street in Appleton, with Fr. James Walling officiating. Friends may call directly at the church on Friday morning from 9:30 AM until the time of the service. Full military honors will follow the mass. Online condolences may be expressed at www.wichmannfargo.com

Roy's family wishes to express their deepest gratitude and appreciation for the exceptional and compassionate care shown to their Dad by Dr. Jonathan Hagen and his nurse Marilyn, Heartland Home Health, BrightStar Services, and the staff of Manor Neighborhood, Heritage I at Brewster Village. In lieu of flowers, memorials may be made in Roy's name to the Military Veterans Museum and Educational Center (http://www.mvmwisconsin.com), the Alzheimer's Association http://www.alz.org), or to the charity of your choice.