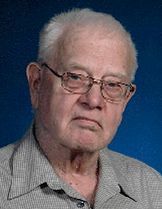 Roy Duhm, of Appleton, 86, passed away on April 12, 2017 at Prairie Homes in Menasha. Roy was born January 24, 1931 in Black Creek on the family farm to the late John and Francis (Andrews) Duhm. He was a member of the St. James United Methodist Church. He was a graduate of Shiocton High School in 1948. In 1954 he enlisted in the US Army during the Korean War, but did not serve out of the country. He served at Fort Benning Georgia thru 1956. Roy worked at Kimberly-Clark for 32 years before retiring in 1989. He worked at the Lakeview Plant as a machine operator. On October 10, 1964, Roy married Ethel (Wagner) at Kunesh Lutheran Church. In addition to working for Kimberly-Clark, Roy farmed through his working years and beyond his retirement in the Black Creek area owning two farms. He sold his family farm in 2000 and moved to Appleton. Roy enjoyed going to farm auctions during his retirement.

He was preceded in death by his sisters Victoria (Wilmer) and Geneva (Jack), and brother Vernon (Alice).

Funeral services for Roy will be held at 11 a.m. on Monday, April 17, 2017 at WICHMANN FUNERAL HOME TRICOUNTY CHAPEL, 1592 Oneida St. Menasha, 54952, with Rev. Mark Klaisner officiating. There will be a time of visitation from 9 a.m. until the time of service. Online condolences may be expressed at www.wichmannfargo.com.
In lieu of flowers, there will be a memorial fund established in Roy's name.

The Duhm family would like to thank the staff at Prairie Homes for their friendship and professional care given to Dad over the last 15 months. Also thank you to the ThedaCare at Home Hospice staff for their compassionate care for Dad in his final days.