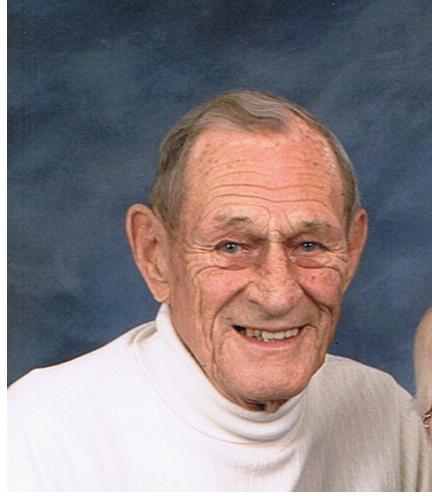 Roy E. Pleshek age 82 of Kaukauna finally released himself of his earthly burden at 8 PM Friday evening. He was surrounded in prayer and celebration, escorting him into his new life by his family. Roy was born on August 3rd 1927 in a log cabin in Naverio WI. He'd enlisted in the army and served our country just as WWII was ending. He went on to marry his wife Pearl of 62 years shortly thereafter and raised 11 children from the one pay check he'd earned working for Appleton Coated Papers in Combined Locks. He enjoyed hunting and fishing in his younger healthier years, and relaxed in retirement with golfing and union meeting card games. A good western novel was the past time later on in life and nearing the end, sitting endlessly by the fire place and a trip to the casino once a week was all he needed. People will always remember Roy for his playful spirit and one-liners. Roy is survived by his wife of 62 years, Pearl, his children; Daniel Pleshek, Kaukauna, Linda (John) Rohm, Winneconne, Judy Zwiers (Bob Zitzelburger), Stockbridge, Gary Pleshek, Appleton, Wane (Teena) Pleshek, Kaukauna, Sandy (Daniel) Hoelzel, Kaukauna, Mary Pleshek Kaukauna, David (Karen) Pleshek, Kaukauna, Nancy (Todd) Wenzel, Menasha, 22 grandchildren, 23 great-grandchildren, nieces, nephews, other relatives and many friends. Preceding him in death are his parents, Edward and Helen Pleshek, his sisters Lila Pitt and Violet Jansen, a brother Roger Pleshek, 2 sons, Dale and Tim, 1 grandchild and 4 great grandchildren. A very special thank you to the Hospice “Green Team” for their dedication to humanity and to Dad's “favorite” Care takers, (you know who you are). I would also like to thank Appleton Coated for allowing me time out from my job to care for Dad. The reward is endless. A Mass of Christian Burial will be held on Tuesday, April 20, 2010 at HOLY CROSS CATHOLIC CHURCH (309 Desnoyer St. Kaukauna) at 11:00 AM with Father Tom Pomeroy officiating. A time of visitation will be held on Tuesday, April 20, 2010 from 9:00 AM until the time of Mass at the Church. Burial will be in the Highland Memorial Park.
Fargo Funeral Home
400 W. Wisconsin Ave
Kaukauna 766-6200
Online Condolences
www.wichmannfargo.com