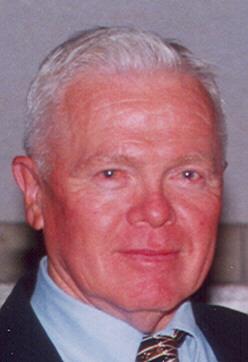 Roy E. ‚ÄúGene‚Äù Davis, age 77, of Appleton, died Friday morning, April 14, 2006, following a courageous battle with cancer. He was born January 1, 1929, to the late Roy F. and Pearl (Bailey) Davis, in Monroe, WI and had been an Appleton resident since 1956. Gene served with the U. S. Marine Corps during the Korean Conflict and married his childhood sweetheart, Margaret Ann Share on August 22, 1953, in Monroe. Gene graduated from the University of Wisconsin ‚Äì LaCrosse, where he was a three-sport athlete and received his master‚Äôs degree from Ohio State where he interned under Woody Hayes. Gene began his teaching and coaching career at Cuba City High School in 1956 and then continued coaching and teaching at Lawrence University from 1956 until his retirement in 1991. He was one of the first people to be inducted into the Lawrence University Hall of Fame in 1996. Gene and Ade Dillon initiated the Lawrence Swim Club, one of the first clubs of its kind in the area. While at Lawrence he coached his sons, John and Jerry, his daughter, Jane Davis DeVries assisted him in coaching the Women‚Äôs Swim Team for ten years, his son, Jim, has carried on the coaching tradition as coach of the boys and girls swimming team at Whitefish Bay High School, and his son, Joe carried on the military tradition by serving in the U. S. Army National Guard for 6 years and the U. S. Coast Guard Auxiliary for 15 years. Gene was an avid handball and racquetball player and was a member of the Appleton Kiwanis. Survivors include his wife, Ann Davis; his children, John (Beth) Davis, Neenah; Jane Davis DeVries, Appleton; Jim (Kathy) Davis, Mequon; Joe Davis, Kimberly; Jerry (Amy) Davis, Verona; 10 grandchildren, whom he loved dearly Briana, Meaghan, Patrick, Jennifer, Kyle, Jake, Jon, Jordan, Grant and Parker; a brother, Ken (Nancy) Davis, Green Bay; a sister, Joan (Bob) Nelson, Kenosha; and nieces and nephews. He was preceded in death by a sister, Lois Steffen and a brother, Gerry Davis. A memorial service for Gene will be held at 1:00 pm, April 28, 2006 at the Lawrence University Memorial Chapel. Friends and relatives will be received at the chapel from 11:00 am Friday, until the time of the service. In lieu of flowers memorial contributions may be directed to The Gene Davis Scholarship Fund for Lawrence University Athletes, through the Community Foundation of the Fox Valley Region, Inc., P. O. Box 563, Appleton, WI 54912.

The family would like to express their gratitude to Dr. John Swanson and Dr. Robert Belgam for the care they gave Gene.