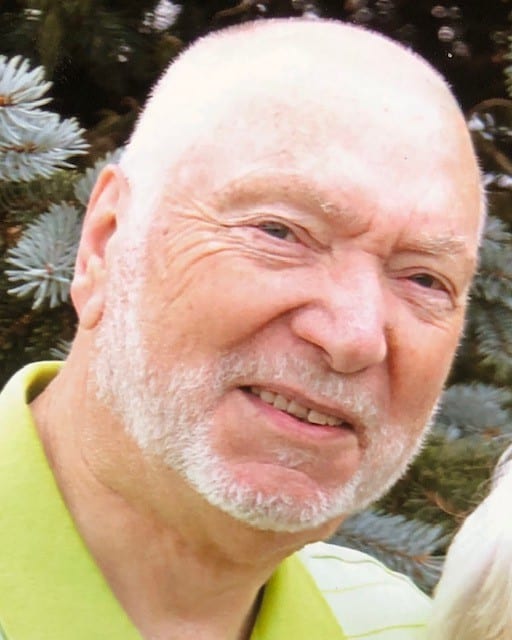 In light of the current events, a celebration of life for Roy will be held at a later date. When the service is scheduled, an updated obituary will appear on the website

Roy graduated from Highland Park High School in IL. He furthered his education at Bradley University where he earned his BS degree in Business Administration/Economics, an MA in Clinical Psychology, and an MA in Guidance and Counseling in Education. He was a proud member of Sigma Nu fraternity and was active on Fraternity Council. While in Graduate School, Roy was a Resident Hall Advisor and Graduate Assistant in Economic Statistics. He met his wife Marilyn Joyce Ewing while they were both students at Bradley, and they were married on August 25, 1962 at the bride’s home in Seaton, IL.

He worked as a psychometrist at the Educational Diagnostic Center while at Bradley, a school psychologist for Mercer County Schools in Aledo, Illinois and also at University Hospital Children’s Rehabilitation Unit and Child Development Clinic while earning his PhD in Educational Psychology from the University of IA in Iowa City. Roy was a Professor of psychology at University of Wisconsin—Eau Claire for 29 years where he was coordinator of UWEC’s school psychology program and a consultant to Northern Center for Developmental Disabilities and Trempealeau County Health Care Center. He was especially proud when UWEC’s school psychology program was granted full accreditation, one of three in the state and one of only 45 specialist-level programs in the country, by the National Association of School Psychologists (NASP). Roy was active in National, Wisconsin and Northwest Wisconsin School Psychologist Associations and their executive boards. He was a lifelong learner/researcher.

Upon his retirement, Roy enjoyed 12 winters in Naples FL, as well as many cruises and family excursions. He was an avid card player. Joyce and Roy’s lifelong love of bridge included couples casual contract clubs, duplicate groups, and family tournaments with her mother, brothers, and nephew. He looked forward to the family euchre tournaments at Christmas. His competitive spirit led him to play basketball leagues and noon pick-up games at the YMCA. Tennis was a year-round sport, including the summer tennis tournament circuit, winter indoor leagues, and his cherished USTA club teams. When his playing days were over, he enjoyed coaching his children and grandchildren. Roy also took joy in golfing, accomplishing not one, but two holes-in-one at The Glades Country Club in Naples. His family described him as the best son, son-in-law, brother-in-law, husband, father, father-in-law, grandfather, and great-grandfather. Simply put, he was the best man we knew. Although Roy busied himself with many hobbies, including watching Wisconsin Badger football and women’s and men’s basketball, he found the greatest joy being involved in the lives of his family. His grandchildren describe him as the kindest, most gentle and loving man, with the ability to make anyone feel like they were the most important person in the room. They will always remember his love of Fig Newtons, McDonald’s senior coffee and apple pies, English muffins, and of course, their grandmother. He was affectionately referred to as the CEO of Germaphobes, having been known to sanitize his sanitizer. He followed his grandchildren’s extracurricular activities to the extent of a full-time job, attending every event, taking stats, and researching opponents. The love he gave to others extended beyond his biological family, earning him the title of Honorary Grandfather to many. These fond memories will be cherished by all of his family forever. Roy loved to talk to people and to hear their stories, regardless of whether it was a childhood friend or a stranger he met on the street.

Roy’s faith journey was a road well-traveled—born a Lutheran, through the twists and turns and hills and valleys, but always with an inquiring mind, he became a member of First Presbyterian in Eau Claire and attended Alliance Church in Appleton. He has now reached the eternal life. Rest easy.

We would be remiss not to acknowledge the remarkable and relentless medical professionals who cared for Roy and our family at the risk of their own health during this unprecedented time. We are eternally grateful for their kindness, patience, and humanity.

In light of the current events, a celebration of life for Roy will be held at a later date. When the service is scheduled, an updated obituary will appear on the website.

Memorials in Roy’s name may be directed to University of Wisconsin – Eau Claire Foundation or the YMCA of your choice.

In light of the current events, a celebration of life for Roy will be held at a later date. When the service is scheduled, an updated obituary will appear on the website