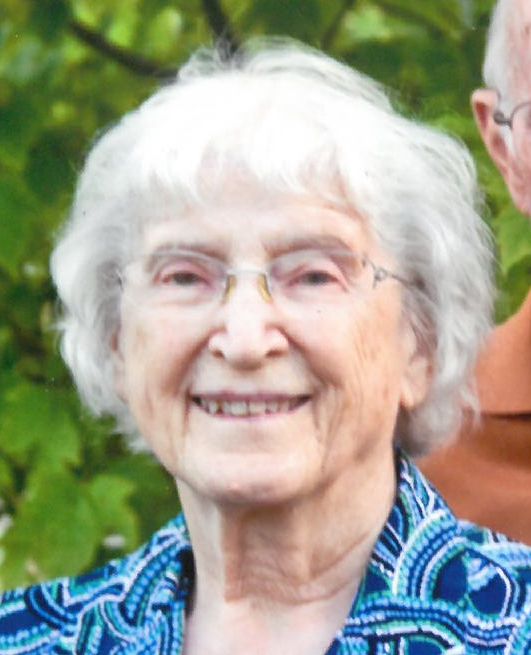 Rosemary Verhagen Derricks passed away on March 10, 2018. She was born in Wrightstown, WI on November 15, 1926 to the late John and Catherine (VanDeurzen) Verhagen. She was the second youngest of 11 children and was the last surviving member of her family. After graduating from Wrightstown High School, she went on to graduate from Outagamie County Normal School and the University of Wisconsin-Oshkosh. Rosemary married Byron Derricks on September 27, 1947 at St. Paul’s in Wrightstown.

She was a life-long educator and began her career in a one-room school house. Rosemary taught in area schools for 38 years, retiring from the Kaukauna Area School District in 1986. Travel with friends and family were a priority upon retirement.

Rosemary lived her life as an example of true kindness and care for others before herself. She stepped in as a primary care provider for siblings and siblings-in-law whenever it was needed, and helped other non-family members when the call was given to her. Rosemary enjoyed spending time with family during many Verhagen family reunions, school events for grandchildren, and time at the lake in Winneconne fishing and boating with Byron and family.

Left to celebrate her life well-lived are her son and daughter-in-law Bill and Mary (Wiegand) Derricks of Kaukauna; her grandchildren: Jennifer Derricks of Rockford, IL; Greg Derricks of Pulaski, WI; Jill (Derricks) and Chris Nighbor of Lake Wylie, S.C.; Julie (Derricks) and Jason Franken of Wheaton, IL; her great grandchildren: Will and Clara Franken; Connor, Ella and Mason Nighbor, as well as many nieces and nephews.
Rosemary is preceded in death by her husband Byron; six sisters and their spouses and four brothers and three sisters-in-law; Marie (Lewis) Clark, Mildred (Roger) Powell, Agnes (John) Penterman, Clara (John) Rutten, Eunice (Milton) Borta, and Helen (Ray) Springstroh, Norbert (Salvina) Verhagen, Ray (Martha) Verhagen, Leo (Grace) Verhagen and Raphael Verhagen (Ray’s twin who died when he was 2 weeks old). Also preceding her were Byron’s parents Ed and Loretta (Feller) Derricks as well as his sister and her husband Dolores and Will Notbohm.

The Funeral Liturgy for Rosemary will be held on Saturday March 17th at Holy Cross Catholic Church, 309 Desnoyer Street, Kaukauna, at 12:30 PM with Monsignor James Vanden Hogen officiating. Visitation will be held starting at 11:00 AM until the time of service. Interment will be held at Holy Cross Cemetery. Rosemary’s family would like to thank St. Paul Manor and St. Paul Hospice for the compassionate care they provided to Rosemary during her stay at St. Paul Home. The family would also like to thank Dr. Gregory Johnson for his continued kindness and care for Rosemary over many years.

To live on in the hearts of those we leave behind is not to die.