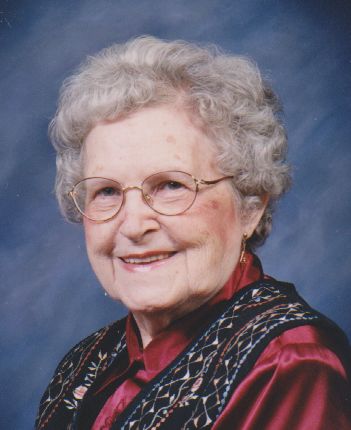 Rosemary Probst, age 95 of Kimberly, passed away on Friday, August 24, 2018. She was born in Appleton on March 4, 1923, daughter of the late John and Katherine (Gengler) Baum. She grew up on a dairy farm and graduated from Appleton High School in 1940. As a young woman, Rosemary worked at Zwicker Knitting Mills in Appleton, and married Heraclus “Herk” Probst on November 10, 1945 at St. Therese Catholic Church in Appleton. Rosemary was a wonderful wife, mother, grandmother, great-grandmother and friend. She enjoyed many hobbies and crafts including needlework, decorating eggs, planting cacti, collecting glass paperweights and playing bingo. She had lived in Kimberly for 68 years and was an active member of Holy Spirit Parish. She also volunteered at St. Vincent de Paul.

The funeral liturgy for Rosemary will held at 11:00 AM on Tuesday, August 28, 2018 at HOLY SPIRIT PARISH - HOLY NAME CHURCH, 600 E. Kimberly Avenue in Kimberly, with Fr. Bob Kollath officiating. Interment will follow in the parish cemetery. Family members and friends are invited to gather at the church on Tuesday morning from 9:00 AM until the hour of the service. In lieu of flowers, a memorial fund is being established.

The family would like to extend their sincere thanks to everyone at Frontida Assisted Living and Compassus Hospice. We will be forever grateful for your kindness.