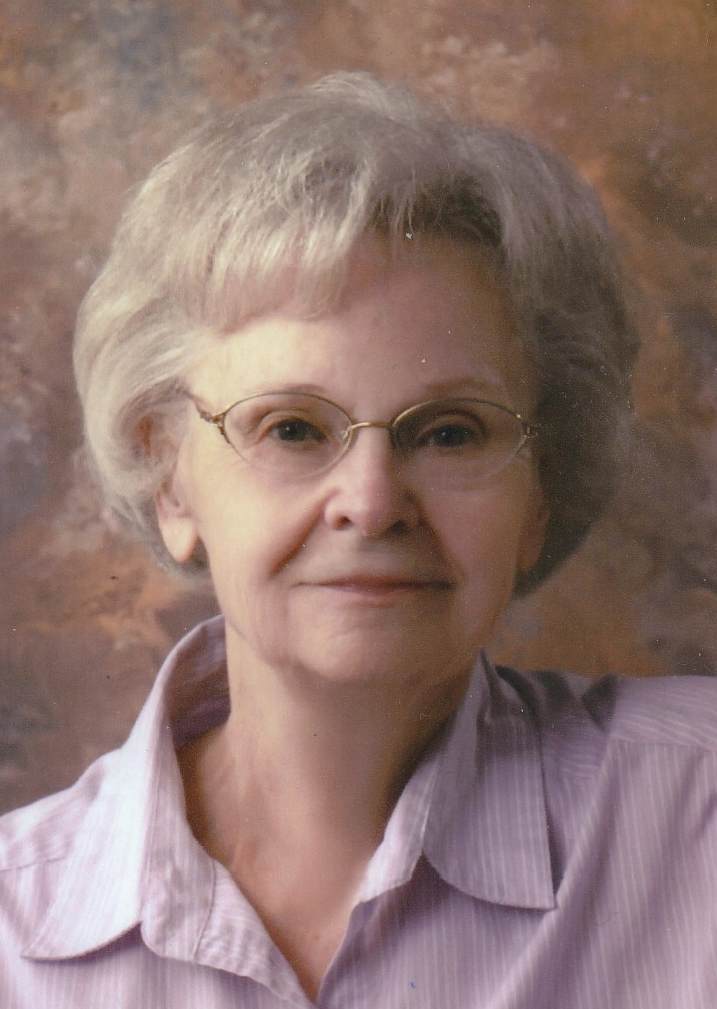 We, the family, rejoice as our mother, Rosemary, is reunited with her husband, Russell, in God's loving presence. Their love, trust and faith in each other was a constant in our lives and an inspiration to everyone who knew them.

Rosemary was born to John and Rose Van Dyke (nee Randerson) in Kaukauna, Wisconsin in 1927. She was baptized at Holy Cross Parish and remained a member there until her death.

Rosemary's mother passed when she was young, leaving her, the youngest of the family, to grow up quickly and help her father, John Van Dyke around their home on the north side of Kaukauna. She spent her summers swimming in the fourth lock and winters learning how to knit from her many aunts. Rosemary attended Holy Cross School through the 8th grade and then moved to the Kaukauna School System. After graduation, Rosemary attended Outagamie County Teachers College where she trained as a kindergarten teacher and met the love of her life, Russell.

Russ and Rosemary were married in 1950 and moved into her childhood home to care for her father. Lucy Rose was the first child in what would become a 58-year union. Christopher and Matthew soon followed but Jonathan would not complete the family until some years later.

During this time and until the day of her death, Rosemary's life was dedicated to service. Her care and concern for others was based on a deep faith and love of God that motivated every step on her daily journey. Among the many organizations that she worked with or for are Church Women United, Pied Piper Nursery School, Holy Cross CCD – made possible by her earning the designation of D.R.E., Winnebago State Hospital Grey Ladies, St. Vincent de Paul, the March of Dimes, the Boy Scouts and Girl Scouts, St. Elizabeth Hospital, Cursillo Movement of the Diocese of Green Bay, the Emergency Shelter of the Fox Valley, Loaves and Fishes Food Pantry, the File of Life program, Meals on Wheels, the Social Concerns Committee at Holy Cross Church, 1000 Islands Environmental Center, and in her final years, St. Paul Home.

Throughout her life, Rosemary received awards and recognition for her work with these and other community groups. This would embarrass and anger her because her service was not something she did for awards or recognition. Her actions were driven by God's guidance and instruction to be 'her brother's keeper.' We list some of these awards now because she can't stop us and because her example represents the person we all hope to be.

In 1979, Rosemary received the St. George emblem 'in recognition of outstanding service to the spiritual development of Catholic youth in the program of the Boy Scouts of America.'

In 2000, Rosemary received the Kaukauna High School Alumni Award for her work and dedication to the community. Her recommendations included these words; 'she believes in the dignity of each person, no matter who they are or what they have.'

Rosemary was preceded in death by her parents John and Rose Van Dyke, her sister Lillian (Stanley), her two brothers Gordon (Grace) and Carl (Irma) and Russell, her husband of 58 years.

The funeral liturgy for Rosemary will be held at 10:00 AM on Saturday, May 19, 2018 at HOLY CROSS CATHOLIC CHURCH, 309 Desnoyer Street in Kaukauna, with Fr. Tom Pomeroy officiating. Interment will follow at in the parish cemetery. Family and friends are invited to gather at the church on Saturday morning from 9:00 AM until the hour of the service.

The family wishes to acknowledge the care and support given to Rosemary in her final years by Dr. Alan Cherkasky, Dr. Andrea Schimke, Steve Kelly, Delores Wiseman, Mary Weyenberg, and Jackie School. We also gratefully acknowledge the care and concern shown by the staff at St. Paul Manor, the medical personnel in the Emergency Room, and on the third floor of Fremont Tower of St. Elizabeth Hospital, and St. Paul Hospice.

Memorial contributions or remembrances are respectfully asked to be sent to 1000 Islands Environmental Center in Kaukauna or to the Prayer Shawl Ministry Program at Holy Cross Parish in Kaukauna.