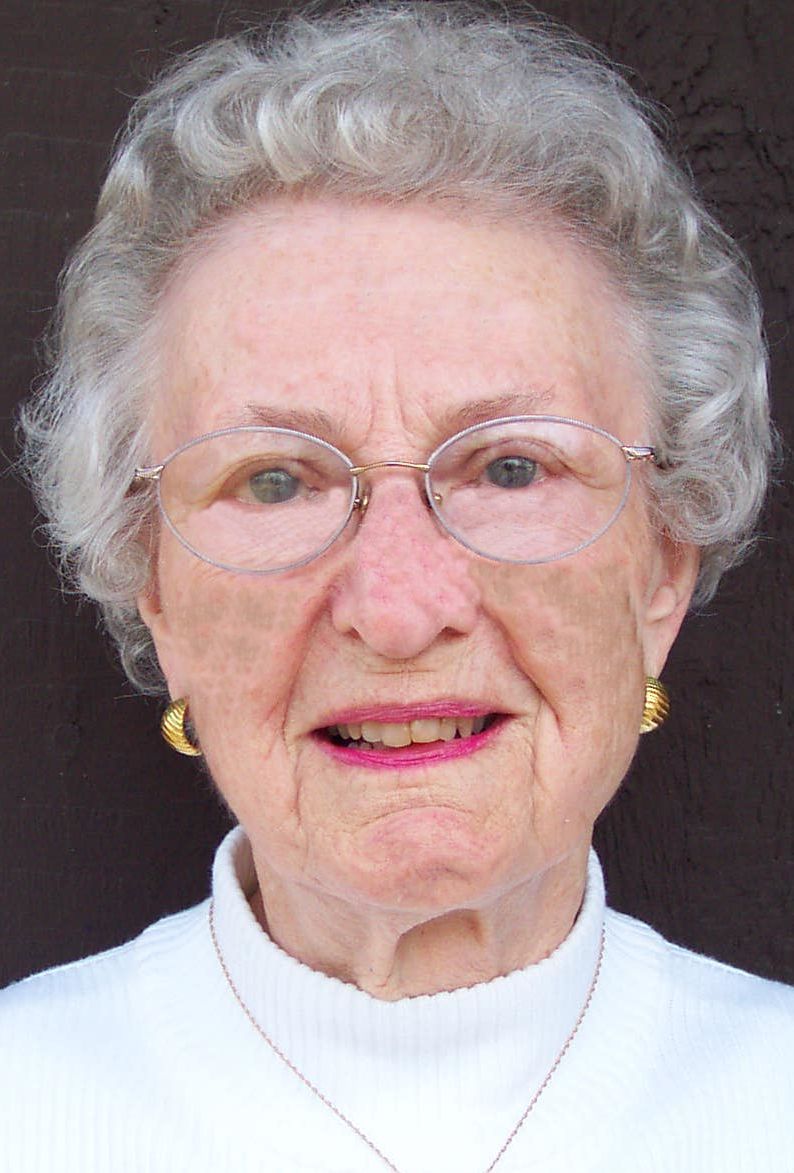 Rosemary Sophie Heideman was born on April 12, 1921 in Appleton and passed away on March 29, 2016. Her parents were Robert Pekarske and Lorine Hauert. She had four siblings Margaret (nurse), Joe (baker), Howard (master plumber) and Don (policeman). They grew up in downtown Appleton on West 8th Street and spent summers at the Hauert/Pekarske cottages on the Fox River near Butte Des Morts Golf Course. Rosemary had many tales of the fun she had swimming across the river and roller skating between the cottage and St. Mary's Church on Sunday.

Rosemary graduated from Appleton High school in 1939 and married Phil Bixby in 1941. They started their life together on the Bixby family farm along Prospect Avenue where she spent so many of her childhood summers. Their first son, Phil Jr., was born in November of 1942. Phil Sr. served as a WWII tank commander in North Africa, Sicily, Normandy and Germany. Following the Battle of the Bulge, he was home on leave, returned to his unit and was killed in action near the Elbe River on April 14, 1945. A second son, Ronald, was born in November 1945.

In 1952 Rosemary married Roland Heideman and moved to the home he built on Morrison Street across from Erb Park in Appleton. Roland had a daughter, Betty Ann, who was born in 1945. Her mother died in 1949. Roland was a WWII veteran and mail carrier, Rosemary, a stay at home mom. They had a large garden that kept them busy and well fed, and a large extended family.

In the late 1950's, they bought a lot on Lake Winneconne next to Rosemary's brother, Howard Pekarske, and built a cottage which eventually turned into their year round home in the 1970's. Roland died of a heart attack in 1982. Rosemary stayed on alone at the cottage, happy to be able to care for her lakefront home which she loved.

In 2011 Rosemary decided it was time to move into the VNA Residential Assisted Living Facility where she remained until her passing.

Rosemary was preceded in death by her parents, husbands, siblings, son Phil, daughter Betty, and grandson Phil “Skip”. She is survived by her son, Ronald Bixby, Hillsdale, New York and her sister-in-law, Wilma “Billie” Pekarske, Appleton. She has nine surviving grandchildren, 24 great grandchildren, five great-great grandchildren, and nieces/nephews. Funeral services will be held at 4 p.m., at Wichmann Funeral Home, 537 N. Superior St, Appleton on Sunday, April 3, 2016, 15 days short of her 95th birthday. There will be a time of visitation at the funeral home from 1 p.m. until the time of the service.