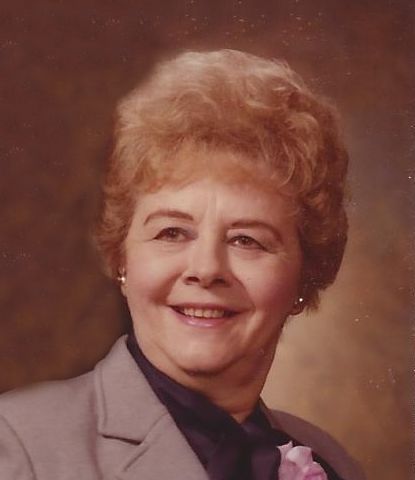 Rosemary Hass (Nee Westenberger), age 92, passed away on Saturday, August 23, 2014, after a short illness. Rosemary was born on February 10, 1922 above the Stockbridge Blacksmith Shop owned by her grandfather, the town's Blacksmith. Rosemary was the eldest daughter of Lena and Hugo Westenberger and the third of eight children.

Rosemary (“Sis” to her family) loved color and bling, which showed in her beautiful quilts, wall hangs, crewel framed pictures, and the clothes she designed for her self and family. Her home was filled with colorful furnishings, as she loved to embellish on ideas that caught her eye. In her heart and in her life…Rosemary was the consummate designer. In the evenings, she relaxed by hand sewing hundreds of beads on stuffed hearts she gave as gifts. Rosemary was happiest when she felt her day was productive.

Rosemary was all about fashion and color and dressed with style. She took pride in making her own clothes, and covered shoes to enhance each outfit. She had a standing Thursday appointment with her hairdresser to look her best, and followed these practices faithfully every week. Rosemary had a generous heart, and took pleasure in giving her special projects to family and friends. She will be remembered for her spunky attitude and love of sparkle. Her special pieces will keep her in our hearts forever.

Rosemary was a member of the Red Hat Society “Hats of Fun”. She enjoyed dressing up and wearing her special hats and outfits for luncheons. By her example, she taught her Red Hat sisters to decorate with style. Rosemary often made a new jacket or outfit to wear for her monthly Red Hat gatherings. She took great pride in her designs and loved to show off those talents to the club.

Rosemary was opinionated, feisty, stubborn and generous. She took great pride in her creative ability and decorated with style and flair.

Rosemary was preceded in death by her three husbands: Lester Londre, Benedict H, Fischer and Jerome Hass; two sons: Leroy Londre and Ross Fischer; mother: Lena Westenberger; brothers: William, Arthur, Marvin, John and Ronald; sisters-in-law: Margaret, Grace, Agnes, Dixie, Gladys, Rita; brother-in-law: Don Zenefski; several cousins and others who may have been missed.
The service for Rosemary will be held at 12:00 PM on Wednesday, August 27 at WICHMANN FUNERAL HOME LAEMMRICH CHAPEL (312 Milwaukee St., Menasha). Visitation will be held from 11:00 AM until the time of service. The entombment will take place at Greenlawn Memorial Park (Green Valley Road, Neenah).

The family wishes to thank the staff at St. Elizabeth's Hospital ICU for their care and kindness to Mom.

She will be remembered for her sass, determination and sense of style.