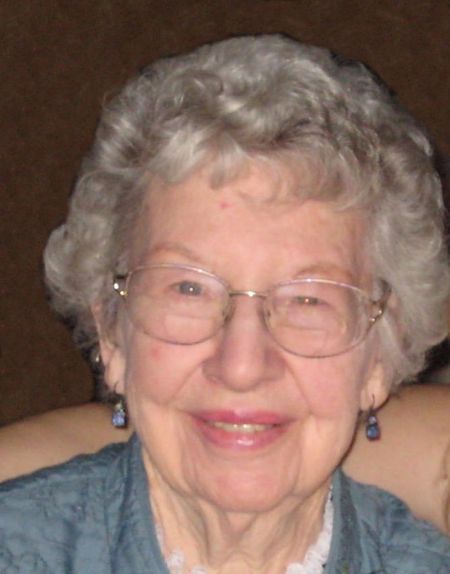 Rosemary attended Lawrence College and the Actual Business College. She was employed at Wisconsin Michigan Power Company and in later years various local insurance offices retiring in 1979. She was a member of St Therese Catholic Church, Christian Ladies of St Therese and an active member and volunteer at Thompson Community Center. She enjoyed bowling and golf well into her 80's and continued to play bridge till age 97. She was an avid Packer and Cub fan.

She was preceded in death by her parents, her husband Carl, her brothers Rolland (Mae) and John “Hans”(Muggy) Marx, her sister Eleanore (Russ) Collins, & a nephew Tom Marx.

The funeral liturgy for Rosemary will be held at 11:00 AM on December 28, 2013, the Saturday after Christmas, at ST. THERESE CATHOLIC CHURCH, 213 E. Wisconsin Ave. with Fr. William Hoffman officiating. A time of visitation will be held on Saturday from 9:00 AM until the time of the service at the church.

In lieu of flowers Rosemary wanted to set up a memorial for the Thompson Community Center. She spent many years enjoying the services that they provide for Seniors, especially the Friday Bridge group. She was their candidate for Post Crescent Volunteer of the year in 2003. Thank you to the staff of Carolina Manor that took such good care of our Mother.