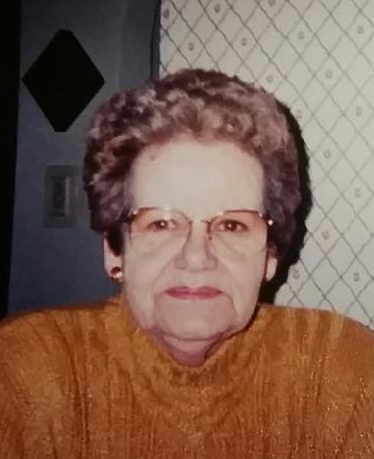 Rosemary Court-Pitsch, age 91 of Kimberly, passed away on March 14, 2017. Rosemary was born on February 22, 1926 to Joseph and Rose (Cloutier) Vanden Wyngaard. On July 15, 1943 she married Elroy Court and he preceded her in death on November 27, 2007. She then married Ray Pitsch on October 30, 2010 and he passed away on April 8, 2012. She loved going to church, church bingo, listening to polka music and being a caregiver to everyone.
She will be sadly missed by her son and daughter-in-law Francis and Linda of Kaukauna, 4 grandchildren, Michele (Robert) Rusch of Appleton, Adam (Jamie) Wyngaard of Neenah, Elizabeth (Rich) Kilgas of Kimberly, Jodie (special friend Dan Schmidt) Wyngaard of Kaukauna, 4 great-grandchildren, Trebor and Lexi Rusch, Emma Wyngaard and Raziel Kilgas, brother Maureanus Vanden Wyngaard and sister Lillian Biese as well as many other relatives and friends.
She was preceded in death by her parents, her two husbands Elroy and Ray, and 10 brothers and sisters.
There will be a funeral mass for Rosemary on Monday, March 20, 2017 at Holy Angels/Holy Spirit Catholic Parish, 600 East Kimberly Avenue in Kimberly at 11:00 AM with Fr. Bob Kollath officiating. There will be a visitation at the church on Monday morning from 9:30 am to 11:00 am. Burial will be at Holy Name Cemetery in Kimberly. For more information and to express condolences, please visit www.wichmannfuneralhomes.com.
In lieu of flowers and other expressions of sympathy, a memorial fund will be established. The family would like to thank the nurses and staff of Grand Horizons and Compassus Hospice for giving our mother the care and respect she received.