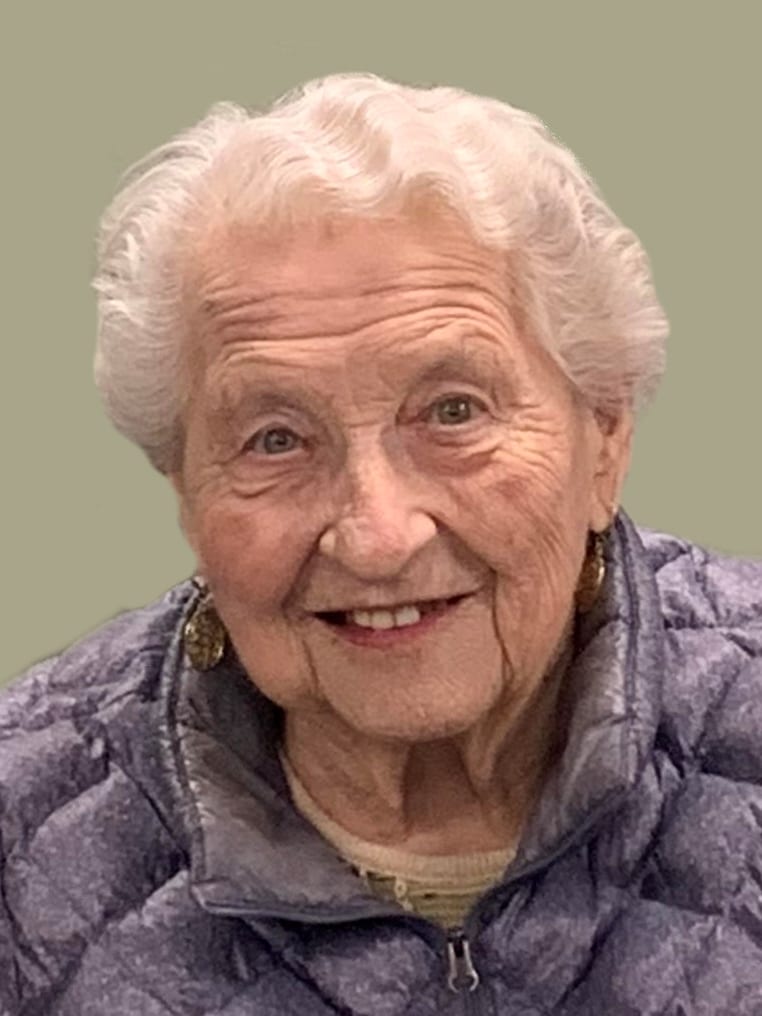 In light of current circumstances, a memorial service for Rosemary will be scheduled after restrictions have been lifted.

Rosemary Schmitz, age 91, passed away at Country Villa on Friday, April 03, 2020. Rosemary was born in Kaukauna on May 22, 1928, daughter of the late Otto and Anna (Kloehn) Wendland. She attended Kaukauna schools and in 1945 married William Schmitz. He preceded her in death in 1988. In addition to raising a family, she worked for Zwicker Knitting Mill and with Building Services at various schools throughout the Fox Valley.

Rosemary was lifelong resident of Kaukauna until she went to live with her daughter in Neenah for 7 years. She was also a lifetime member of Trinity Evangelical Lutheran Church in Kaukauna. She belonged to the Ladies Aid Society and was greeter on Sunday mornings at church.

Rosemary enjoyed being with her family and going to the casino with her friend, Cleo. They always had so much fun and in the summer stopped at farmers markets along the way. She played sheepshead as often as she could with the senior group held upstairs at Festival Foods in Neenah. She and her husband also had a cottage on Lake Noquebay in Crivitz. She loved boating and the peace and quiet the cottage offered. Many family and friends spent lots of good times together. Rosemary also enjoyed snowmobiling in the winter.

Rosemary was preceded in death by her parents, her husband William, her son Wayne Schmitz, 3 brothers: Elmer, Norbert and Reinhard Wendland and a sister Marie Arnoldussen.

In light of current circumstances, a memorial service will be announced at a later date.

A special thank you to the caring staff at Country Villa and to Molly with hospice.

In light of current circumstances, a memorial service for Rosemary will be scheduled after restrictions have been lifted.