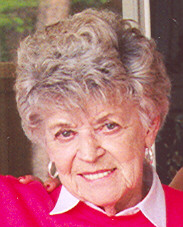 Rose R. Teske, age 82, of Neenah, was called home by her Heavenly Father, Wednesday afternoon, January 25, 2006. She was born June 28, 1923, to the late Matt and Anna (Van Eperen) Bressers, in Little Chute and was an area resident all of her life. On August 26, 1945 she married Milton Teske, the love of her life, in Quantico, VA. Rose was a member of St. Gabriel Catholic Church and was Past President of Oney Johnston-Edward Blessman American Legion Auxiliary Unit #38, of Appleton.
Life will not be the same for her survivors, her husband, Milton; her daughter and son-in-law, Carleen and Robert Brock, Hayesville, VA; two grandchildren, Lisa (Rob) Cushman, Dalton, GA; Andrew (Linda Leigh) Brock, Alpharetta, GA; her two great grandsons, Wil and Wyatt Cushman, held a special place in Grandma Rose‚Äôs heart. She is also survived by two brothers, Harry (Lou) Bressers, Little Chute; Vince (Lois) Bressers, Appleton; three sisters-in-law, Mary Bressers, Milwaukee; Verna Bressers, Wauwatosa, WI; Sophia (Clarence) NaGreen, Fremont, WI; a brother-in-law, Harold (Shirley) Jacobsen, Fremont; and many nieces and nephews, she loved dearly. She was preceded in death by a sister, Judy Grace and two brothers, Ted and Joe Bressers.
The funeral liturgy for Rose will be held at 2:00 pm, Saturday, January 28, 2006, at ST. GABRIEL CATHOLIC CHURCH, 900 Geiger Street, Neenah, with Father Richard Allen officiating. Burial will be in Appleton Highland Memorial Park. Friends may call at the church on Saturday from 1:00 pm until the time of the mass. In Lieu of flowers a memorial fund is being established in her name.

A special thank you to all of her friends and extended family at Manor Care, in Appleton