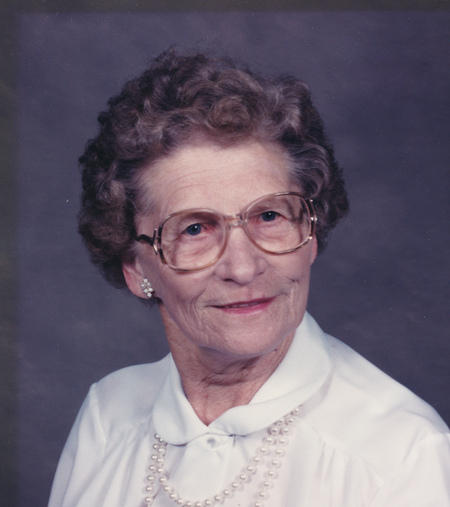 Rosella Miller, 99, Kimberly, passed away on Wednesday, October 2, 2013. The former Rosella Welhouse was born on September 22, 1914 to John and Hattie (Sternagle) Welhouse. On July 27, 1946 she married George Miller and he preceded her in death on March 2, 1985. She was a long time member of Holy Name Catholic Church, the Ladies of Holy Name Mission Club and the American Legion Auxiliary, Post 60 of Kimberly. Rosella was also a member of The Golden Agers for 38 years. She was employed at Woolworth for many years

There will be a funeral service for Rosella on Monday, October 7, 2013 at 6:00 pm at Jansen-Fargo Funeral Home in Kimberly. Visitation will be held Monday from 4:00 until the time of the service at the funeral home. Burial at St. Mary Cemetery in Menasha. Online condolences may be expressed at www.wichmannfargo.com
The family wishes to thank the staff and nurses of St. Paul Home and St. Paul Hospice for the care they gave to Rosella