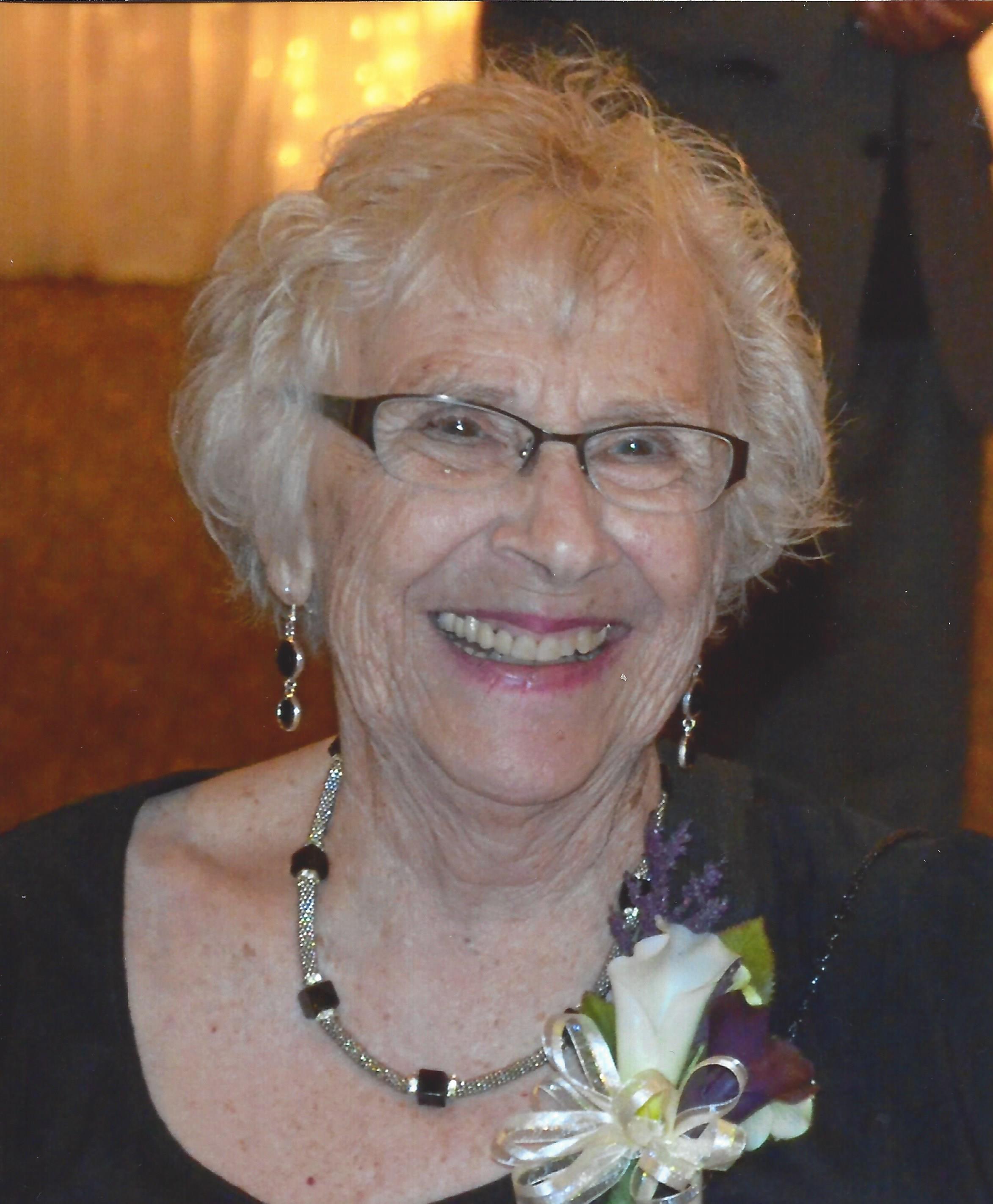 Rose Ann (Voissem) (Geiger) (Bodine) Broadway, age 83 passed away on Thursday, October 27, 2016. She unexpectedly passed after just being diagnosed with cancer. She was born on August 11, 1933 to the late Arthur and Marie Voissem of Menasha. She led an active and full life, being widowed 3 times. She married Robert Geiger on February 12, 1955. He preceded her in death on July 9, 1961. Rose is survived by her children: Scott (LuAnn) Geiger, Cindy (Joe) Bestor, David (Raquel) Geiger and Lori (Al) Flanders. On June 10, 1967 she married Stewart Bodine who immediately stepped into step-fatherhood with 4 young children. Stewart preceded Rose in death on December 12, 1983. She married Robert Broadway on June 13, 1987. They spent 16 years together, doubling the size of their families. Bob preceded Rose in death on December 24, 2004. Bob's children were shared and loved by Rose. Surviving her are Jeanne (John) Reynolds, Diana (Jeff) Hagman, Sue Broadway and Mike (Martha) Broadway. Rose is further survived by her grandchildren Amy Geiger, Ryan(Stephanie) Geiger and great-grandchildren Ayla and Talia; Joseph (Christina) Bestor, great grandson Elliot; Hannah(Josh) Fenske and great grandchildren Elijah, Adalie and Emeline; Maria, Rebecca and Samuel Geiger; Claudia and Ava Flanders. Rose is further survived by her step-grandchildren Adam, Casey and Karli Hagman; Bailey and Alex Reynolds; Caroline Boer; Katie, Clare and Matthew Broadway.
Rose is also survived by sisters Arlene (Roy) Stephenson and Geri (John) King and sister-in-law Carole Voissem. She is also survived by brother-in-law Gerry (Jodi) Geiger; sister-in-laws Sandi (Pat) Geiger Ryan and Paula (Jerry) Earl and many nieces and nephews. As a lifelong resident of Menasha, Rose had many close friends who were very important to her.
Rose was preceded by her brothers Richard (Whitey) Voissem (Lois), James (Jimmy) and Arthur (Billy) and sister Susie; father and mother- in-laws Joseph and Mary Geiger, brother-in-law John (Jack) Geiger (June) and sister-in-law Donna (Dick) Curtis.
After raising 4 children alone and later with Stewart, she went back to work at Marathon Engineering and then Valley Trust. She was always active and involved. She loved golfing and cross-country skiing in her earlier years. You had to be quiet during Packers games so she wouldn't miss anything. The Brewers and most sports were always a topic of conversation. Volunteering was always something she would try to help with such as Meals on Wheels and transporting World Relief refugees. She often sang at funerals and was a member of the Y-Nots (better known by her stage name of Secondhand Rose). She was a participant in many different bridge clubs. Rose enjoyed sitting in her outdoor patio watching the birds and squirrels while looking at her flower berm called Rose Garden Way. Reading, Crossword Puzzles and Words with Friends were a part of daily life and Rose was a stickler for grammatical accuracy.
Since her house was always full from her out of town children and relatives visiting the nickname for home was called the Broadway B&B. Regretfully the Broadway B&B will be officially closing. As a former co-worker and friend of Rose's told us, “Heaven and Earth will never be the same.”
The funeral service for Rose will be at 11:30 am on Thursday, November 3, 2016 at St. Mary's Catholic Church, 528 Second Street Menasha. There will be a visitation from 10:30-11:30 at the church before the service. Visitation will be 4:00-7:00pm Wednesday, November 2 at Wichmann Funeral Home Laemmrich Chapel, 312 Milwaukee St Menasha.
We would like to thank the doctors and nurses for the great care she received at both St. Elizabeth Hospital and Fox Valley Hematology and Oncology, even though she was taken from us much sooner than anyone ever expected.