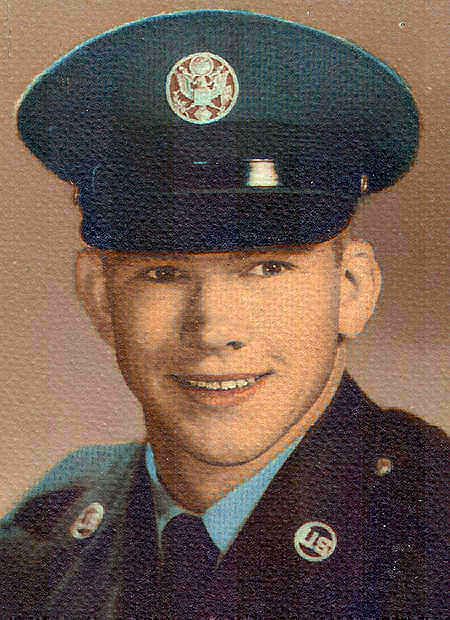 Ron was born on October 9, 1934 to Wayne and Violet (Popelka) Coley in Leona, Wisconsin. He attended Valparaiso University and played football with Fuzzy Thurston before he served in the US Air Force for four years as a military police officer and played Air Force football as a running back while traveling throughout Europe.

Ron married Darlene Giesbers on February 6, 1960 and together they raised three wonderful children. He retired in 1991 from the US Postal Service after 31 years as a mail carrier. Ron liked gardening, fishing, golfing, playing cards especially cribbage and sheepshead. Ron was very active in his church and his community and was a volunteer at the PAC since the opening night in 2002. He will be greatly missed by his family and friends and the special time he spent with them will always be cherished. He was a member of Bethany Ev. Lutheran Church and the American Legion Post #38.

Ron was preceded in death by his parents and an infant sister Jean.

The funeral service for Ron will be held on Friday, September 9, 2011 at 11:00 AM at BETHANY EV. LUTHERAN CHURCH (530 West Parkway blvd.) with Rev. Mark Henke officiating. A time of visitation will be held on Thursday, September 8, 2011 at the Wichmann Funeral Home from 4:00 until 7:00 PM and on Friday from 10:00 AM until the time of the service at the church. In lieu of flowers memorials may be made to Bethany Ev. Lutheran Church in Ron's name.