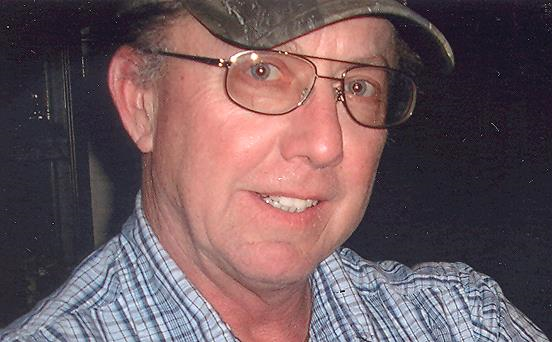 Ron was born in Appleton, WI on July 1, 1952, to George and Maria Lutzewitz. A laconic and sometimes even gruff man, the two things Ron never lacked were a willingness to help and a good punch line. He had a heart of gold when it came to giving. Ron gave of himself and his many amazing skills and talents; and he gave of what he had been blessed with, because helping others simply made sense to him.

Ron was employed with Kimberly Clark for thirty-four years and worked at both the Lakeview plant and Atlas Mill.

Ron loved the outdoors and spent every possible moment outside. He was an avid hunter and was always eager to share his harvest. He enjoyed ranch work at his home and often helped others with theirs. Ron was truly in his element on his tractor or with a tool in his hand. His backyard bonfires with family and friends will be missed greatly.

Ron will be remembered for his wit and generosity, as well as his ability to do seemingly anything; from building a house to replacing an engine or grilling an amazing steak-Ron always knew how to do it right.

He is survived by his wife, Susun; daughters, Kelly Gorell, Jennie Fleck and Katie Porter-Wagster; his grandchildren, Michael, David, Mathias, Jayden, Allison, Jaelyn and Ciaran; three brothers, George, Chuck and Steve and many nieces, nephews and other relatives.

A funeral service for Ron will be held on Saturday, October, 17, 2015 at WICHMANN TRI-COUNTY CHAPEL, 1592 Oneida Street, Menasha at 3:00 pm. A time of visitation will be held Saturday at 1:00 pm until the time of the service. Online condolences may be made at www.wichmannfargo.com.

In lieu of flowers, a memorial fund has been established in Ron's name.

The family would like to thank the staff at Theda Clark Medical Center for the wonderful care given to Ron, and for the many close friends and family for helping them through this difficult time.