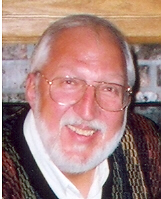 Ronald L. Sager, age 60, died unexpectedly, Thursday evening, June 23, 2005, due to a motorcycle accident. He was born March 25, 1945, to the late Roy O. and Gertrude H. (Tornow) Sager, in Appleton, where he was a resident all of his life. Ron graduated from Fox Valley Lutheran High School and attended The University of Wisconsin Fox-Valley and Oshkosh. He served with the U. S. Army from 1965 ‚Äì 1968, as a medic in Viet Nam, where he earned the Combat Medic Badge. Ron was Founder and Past President of the Fox Valley Viet Nam Veterans Association, Director and Founder of The Veterans Art Museum, Past President and Present Board Member of the Military Veterans Museum, Vice President of the Military Veterans Foundation, a life member of the Weyauwega Lake Conservation Club, Director of the Fox Valley Wisconsin H.O.G. Chapter (Harley Owners Group) and a life member of the American Legion Post # 38, the VFW Post #2778, DAV, Amvets and Abate. He is survived by his wife, Kathleen M. (Whitman) Sager, to whom he had been married for 32 years; a sister, Kaye (Joe) Seidl; a brother, Earl (Ann) Sager; his aunts, Wilma and Norma Tornow; three sisters-in-law, Susan (Thomas) Heuer; Mary (Stephen) Furstenberg; Ellen (David) Rothmann; a brother-in-law, Steven (Cathy Jo) Whitman; Nieces Jenny (Jeff) Olson, Marissa Seidl, Melissa (John) Coyle, Gena (Robert) Olson; a nephew, Thomas A. Heuer; grand nieces and nephews, Emily, Ben, Cathryn and Zachary Coyle, Anna, Claire and Evan Olson, Faith Heuer; special cousins-in-law, Karen Radtke, Kristin Stahl, Paul Jensen and Shirley (Dick) Kofnetka; and all of his veteran friends. He was preceded in death by his mother and father-in-law, Forest and Gloria Whitman. Funeral services for Ron will be held at 7:00 pm, Tuesday, June 28, 2005, at FIRST CONGREGATIONAL U.C.C., 724 East South River Street, with Reverend Martin Ruge officiating. Burial will be in Appleton Highland Memorial Park. Friends may call at the church from 4 ‚Äì 7 pm, Tuesday, until the time of the service. A memorial fund is being established.