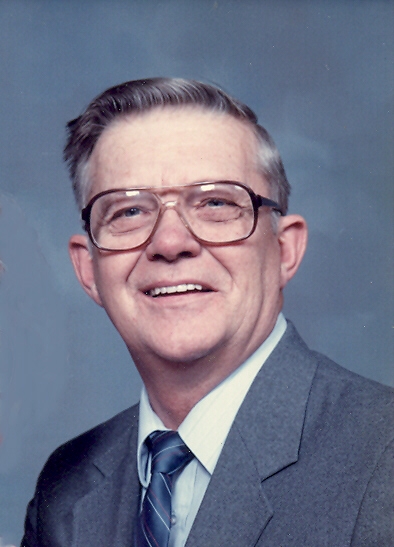 Ronald L. Davel, age 77, of Menasha, died on Monday, January 7, 2008, at St. Elizabeth Hospital. Ronald was born on February 1, 1930, in Loyal, Wisconsin, to the late Lawrence and Nettie (Shupe) Davel. He was a graduate of the University of St. Thomas in St. Paul, Minnesota. He married Patricia Lewandowski on August 27, 1955, in Menasha. Ronald was a loving husband, father and grandfather. He was employed at American Can Corporation as a Production Control Supervisor for over 35 years, retiring in 1989. Ronald proudly served his county in the U.S. Marine Corps in Korea. He enjoyed woodworking, and especially fishing in Lake Winnebago, Lake Michigan and Canada. Although he was confined to a wheel chair for the past 19 years, Ronald was well-known for his amazing attitude; he was an inspiration to his family, friends and community. Survivors include his wife of 52 years, Patricia; his children, Anne (Mark) Schneider, Rio Rancho, New Mexico; his daughter, Carrie Davel, Rio Rancho, New Mexico; and his son, John (Cathy) Davel, Menasha; his five grandchildren, Kimberly and Katie Schneider, and Jennifer, Jacob and Andrew Davel; his brother, James (Lorna) Davel, Menasha, and his sister, Julieann (Gerald) Zettler, Loyal, Wisconsin. He is further survived by nieces, nephews, other relatives and friends. He was preceded in death by his son, Andrew, in 1986. The Funeral Liturgy will be at 11:00 a.m. on Friday, January 11, 2008, at ST. JOHN THE BAPTIST CATHOLIC CHURCH, 516 DePere Street, Menasha, with Fr. Paul Radestski officiating. Friends may call at the Wichmann Funeral Home-Tri-County Chapel, Menasha, on Thursday from 4:00 p..m. to 7:00 p. m. and on Friday at St. John The Baptist Catholic Church from 10:00 a.m. until the time of services. Interment will be in Highland Memorial Park, Appleton. In lieu of flowers, the family would appreciate contributions to the Andy Davel Scholarship Fund. The family would like to sincerely thank the staff at St. Elizabeth Hospital on the 2nd floor, 4th floor and the ICU.
WICHMANN FUNERAL HOME
TRI-COUNTY CHAPEL
3212 South Oneida Street
Menasha 831-9905
www.wichmannfargo.com

Ronald's three loves were God, his family and fishing.