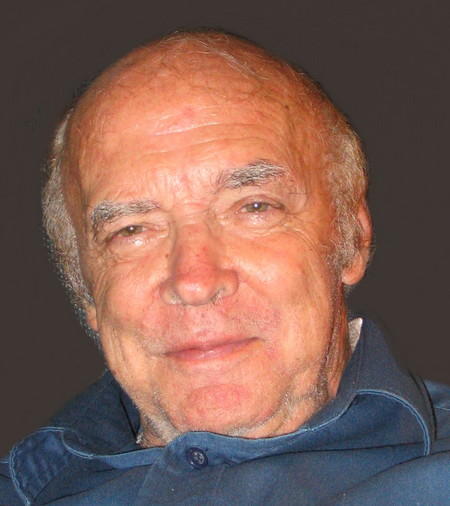 After a long battle with Parkinson's Disease, Ron passed away peacefully at the age of 76 with his family by his side on August 7, 2011. Ron was born in Kaukauna on April 6, 1935, the eldest child and devoted son of the late Clem and Alice (Baumann) Romenesko of Appleton. Ron attended Holy Cross Grade School and Kaukauna High School. He was an academic, and continued his extensive education at Milwaukee School of Engineering and earned his Master's Degree at Marquette University. Later he received his PhD. In African History at Syracuse University in New York. He entered the military from 1954 until 1956 and became an Electronic Technician while serving his tour of duty in post-war Europe. Ron taught American History at Crandon High School in Crandon, Wisconsin, and was also a substitute teacher while he lived in Milwaukee. He was employed in various businesses over the years, including many years at S.C. Shannon in Appleton. Ron was also very proud of being able to spend three years in the Peace Corps in the 1960's in Tanzania.

Ron was a religious man, who for many years attended holy hour on a regular basis at the Divine Mercy Chapel of St. Pius Parish. He devoted a great deal of his time with Big Brothers, working with troubled youths, and training dozens of young people to snow ski. Ron's pastimes included camping, skiing, sailing, reading, mowing lawn with his John Deere, debating just about any topic, and while in Africa he even attempted to climb Mount Kilimanjaro.

He was always willing to give a helping hand and enjoyed caring for others. The family wishes to thank Ron's sister June, for her dedication and special care throughout his four-year illness.

The funeral liturgy for Ron will be held at 5:30 pm on Thursday, August 11, 2011 at ST. PIUS X CATHOLIC CHURCH, 500 W. Marquette Street, Appleton. Fr. Thomas J. Farrell will be officiating. Burial will take place at Holy Cross Catholic Cemetery, Kaukauna. Visitation will be held at the church from 3:00 pm until the time of mass. In lieu of flowers, a memorial fund has been established in his name.

“Hakuna matata.” (Swahili; There are no worries.)