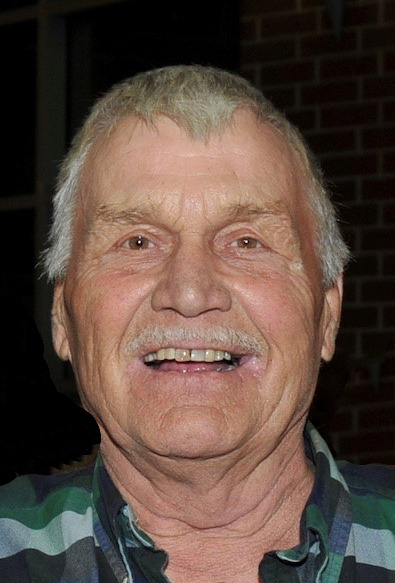 Ron, a loving father and grandfather died peacefully with his family by his side on Sunday, October 24, 2021. He was born on August 19, 1941 in Appleton, Wisconsin, the son of Frank and Hildegard Buss. Ron joined the United States Marine Corps in 1958 and completed his GED while serving his country. He was proud to be a marine and always had a USMC flag flying at the cabin. After his service he worked numerous jobs before starting work at the Kimberly Clark Paper Mill in 1964. He worked in the machine room for many years and made the move from hourly to salary as a shift foreman for the #5 paper machine. The mill changed names a few times but he remained there until his retirement in August of 2000 after 36+ years of service.

He had a life-long passion for hunting and fishing and he was tireless in his pursuit of waterfowl, whitetails and walleyes. After long hours on the water or in the field he loved to sit back, enjoy an Ol’ fashion or two and talk about the action of the day while his favorite westerns played in the background. Ron had a special place in his heart for Golden Retrievers. He always had two, an older dog and a younger dog. He took them everywhere he went and he cared for them like prized family members. You were a lucky dog if he was your owner!  Dad loved sports and was especially fond of the Milwaukee Brewers and the Wisconsin Badger football and basketball teams. He also loved watching his kids play sports and even though he worked shifts it was rare that he ever missed a game. He was also equally passionate about his grandkids sporting events and he was a staple at their basketball, softball and soccer games. He travelled all over the state to see them play and parents and players referred to him as Grandpa Buss and he loved the social atmosphere where he could tease and show off his dogs.

In 1988, Ron and his sons purchased 100 acres of recreational land on the Wolf River in Shiocton. It was a dream of his to live on the land and at the same time pursue his hunting and fishing passions. We worked long hours together remodeling the cabin, developing a trail system in the woods and we turned that hunting land and shack into a home. He moved there when he turned 55 and had 25 years of living out his dream!

The family would like to say a special “Thank you” to Dr. Jessica Johnston-Rickert who cared for Dad over the years. Additionally, we’d like to thank the nurses and staff from Thedacare Regional Medical Center, ThedaCare Regional Cancer Center and Peabody Manor for their gentle care and compassion during such a difficult time.