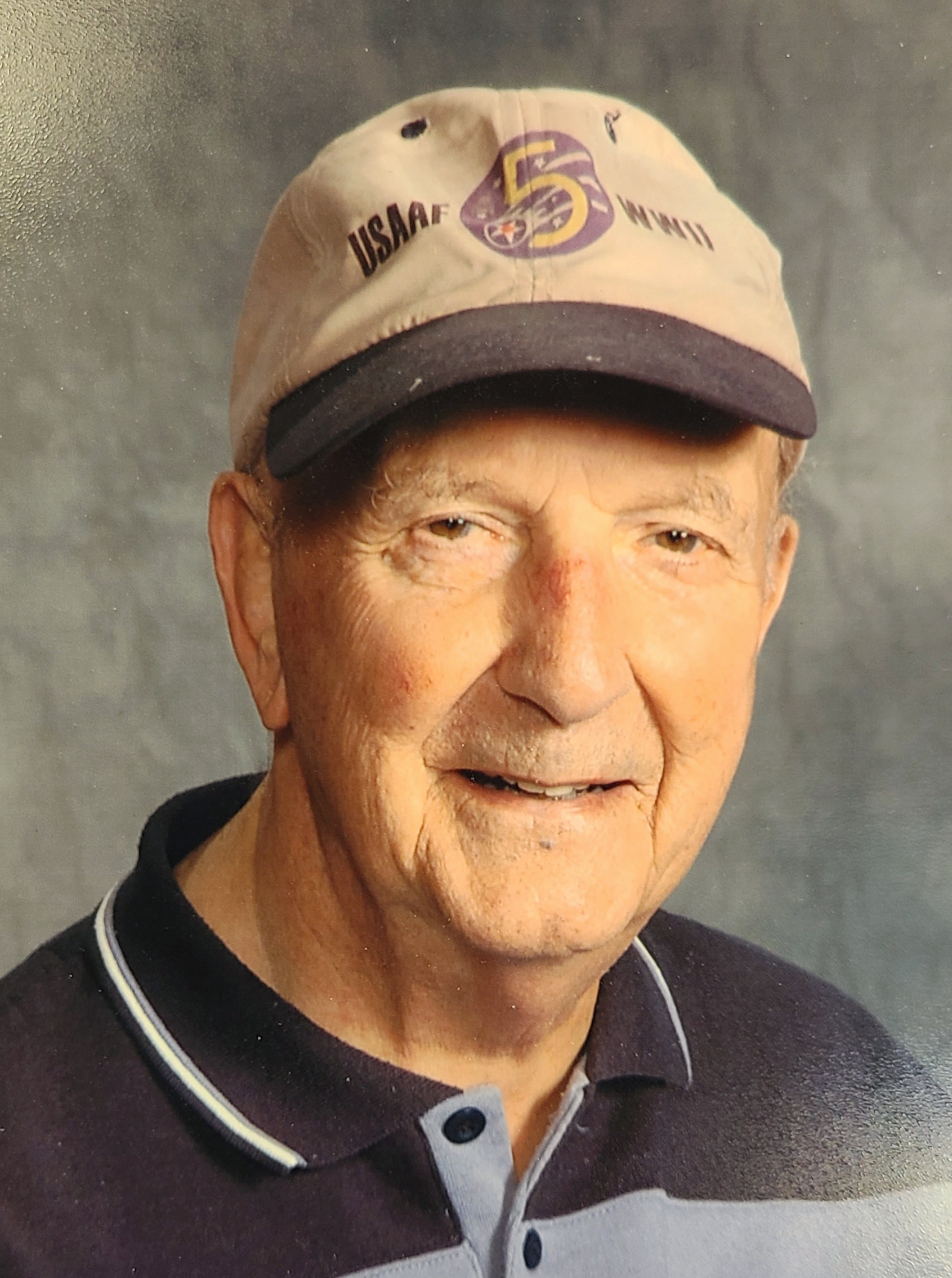 He was born on November 21, 1924, to the late Matthew and Sophie (Fritsch) Meier in Appleton, WI. Roman graduated from Appleton West High School in 1943 and went on to serve his country during World War II in the Army Air Corps. On June 3, 1947, he married the love of his life, the late Alice Van Stralen, and they spent 66 wonderful years together.  Roman worked as a Service Manager and Saleperson for Cloud Buick, until his retirement in 2001.  Roman always had a strong Catholic faith and is now with his savior.

Roman was an excellent father and provider for his family. He greatly enjoyed spending time with his family, especially the 27 summers he and Alice were able to be in Door County. He was loved by his entire family, and will be dearly missed.

He was preceded in death by his son, James and siblings, Gen, Sophie, Mary, Matt and Willie.

A Funeral Service will be held at 7 PM on Monday, June 21, 2021, at Wichmann Funeral Home, Jansen – Fargo Chapel, 204 E. Kimberly Avenue, Kimberly, WI 54136. Family and friends may visit at the funeral home from 4 PM until the time of service.  Military Honors will follow.

Roman’s family would like to extend a special thanks to the staff of Compassus Hospice for their compassionate care of their father.

Please leave a special message or condolences for Roman’s family below.