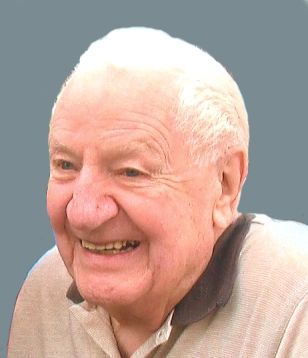 Roman L. Berg, age 95, of Kaukauna, passed away on Wednesday, July 23, 2014 at Appleton Medical Center. He was born on September 3, 1918, in Appleton, the son of the late Fred and Alice (Langenberg) Berg. Roman served in the U.S. Army from January 7, 1942 until October 9, 1945. On October 3, 1944, he married Alice Damro at St. Leo's Parish in Tacoma, Washington. Roman and his brother Cy owned Berg's Dry Cleaners in Kaukauna, and he retired from the business in 1983. He was a faithful and active member of St. Katharine Drexel Parish, where he volunteered his time with church collections. Roman was a member of the Kaukauna Lions and Elks Club. He was active in golf and bowling leagues, and especially enjoyed the friendship of the “Dirty Dozen”. His family meant the world to him. He loved spending time with his wife and children and looked forward to family boating time on the water.

Roman is survived by his son Larry Berg of Toronto, Canada; daughter Bonnie (Rick Collins) Berg of St. Louis Park, Minnesota; grandson David Berg of Toronto, Canada; and his sister Louise Damro of Kaukauna. He is further survived by many nieces, nephews, other relatives and friends. Roman was preceded in death by his wife Alice Berg and nine siblings.

The private memorial service will be held at a future date. Online condolences can be offered at www.wichmannfargo.com.

The family would like to thank the entire staff at St. Paul Elder Services for the care and compassion shown to Roman over the last few months.