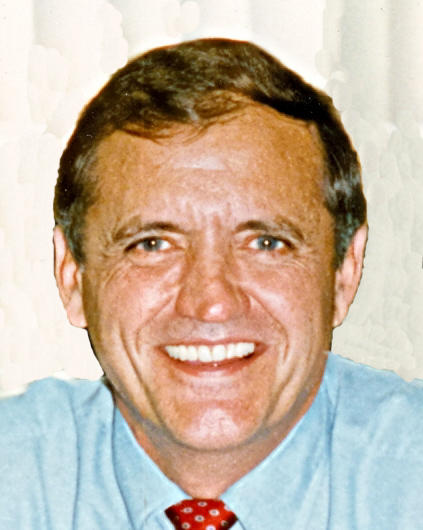 Roger Wolf, age 74, formerly of Kaukauna, passed away at Maryhill Manor, Niagara, Wisconsin, on Monday, September 10, 2012. Rog was born on July 7, 1938, in Appleton, to the late Curt and Jean (Specht) Wolf. He married Mary Lou Van Epern, on November 23, 1960; she preceded him in death on March 6, 1994. He married Nancy Wilson on September 20, 1996; she survives. Rog was a loving husband, father, grandfather and great grandfather. He graduated from UW-Oshkosh, earning a degree in History. Rog was employed at Thilmany Pulp and Paper and Nicolet Paper Company for over 36 years, retiring in 1996. He enjoyed hunting and fishing, and was an active member of the “Rack Shack” from 1966 to 2007. Rog was an avid Green Bay Packer fan. He enjoyed time spent at his vacation home at Lake Hilbert and wintered in Myrtle Beach, South Carolina. Survivors include his wife of 15 years, Nancy; his children, Michael (Maria) Wolf, Berlin, Wisconsin; Timothy Wolf (fiancé, Dominique Brou), Logan, Utah; and Robert (Cindy) Wolf, Kimberly; his grandchildren, Martin and Johann Wolf, Sasha Wise (fiancé Corey Wesolowski), Nicole (Ryan) Catlin, Michelle (Pierce) Buchinger and Curtis Wolf; his great grandchildren, Carleigh Catlin, Brayden Catlin and Brielle Wesolowski; his step-daughters, Katherine (Louis) Botka-Quirrion and Angela (Charles) Lord; his step-grandchildren Madeline, Shawn and Dylan; his mother-in-law, Doris Wilson; his brothers, Tom (Sharon) Wolf, Little Chute, and Gary (Mary) Wolf, Kaukauna; and his sister, Barb (Dave) Rogers, East Troy, Wisconsin. He is further survived by many nieces, nephews, other relatives and friends. Rog was preceded in death by his sister, Jean Mary Wolf. The Funeral Liturgy will be at 11:00 a.m. on Friday, September 14, 2012, at HOLY CROSS CATHOLIC CHURCH, 309 Desnoyer Street, Kaukauna, with Fr. Tom Pomeroy officiating. Friends may call directly at the church on Friday from 9:30 a.m. until the time of services. Interment will be in Holy Cross Cemetery, Kaukauna. In lieu of flowers, a memorial has been established to benefit the Goodman/Armstrong Creek Rescue Squad, 506 Mill Street, Goodman, Wisconsin 54125 and Maryhill Manor, 501 Madison Avenue, Niagara, Wisconsin 54151. The family would like to extend a sincere thank you to the staffs at Maryhill Manor, the Goodman/Armstrong Creek Rescue Squad and Dickinson Memorial Hospital. Online condolences may be offered at www.wichmannfargo.com

“Just when the caterpillar thought its world was over, it became a butterfly.”