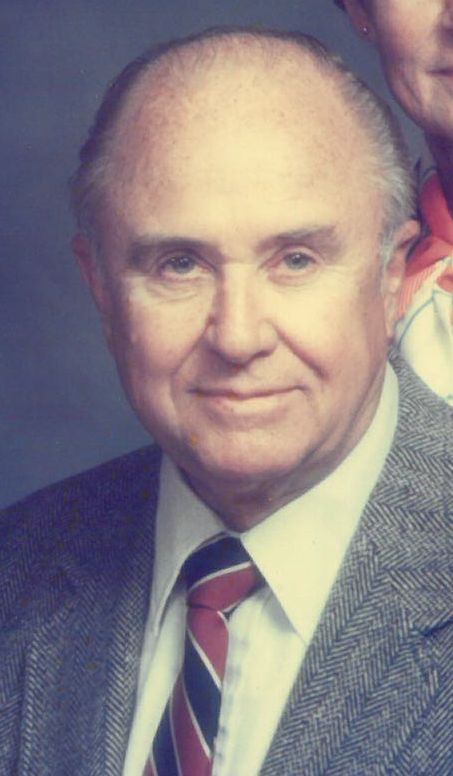 Roger Wayne Kirkeide died on the evening of Christmas Day, December 25, 2018, at the age of 95. He was born in November 1923, in MInneapolis, MN, the son of Raymond Peter and Harriett (Norman) Kirkeide. His younger brother, Gerald, and younger sister, Gwendolyn (Peggy), both died young. Roger grew up during the depression. His family moved multiple times before finally settling in Appleton, WI. He attended Appleton High School (West) where he met his future wife, Geraldine Doris (Luebke).

He graduated in 1942 and enlisted in the U.S. Air Force, attaining the rank of Sergeant. He served stateside on a B-29 as a telegraph operator. He and Geraldine (Gerry) were married on June 3, 1944 in Bennettsville, S.C. Roger was honorably discharged from the Air Force in 1946, after which he and Gerry settled permanently in Appleton. Roger attended Lawrence University. He was hired at Schiffler & Company where he learned the insurance claims business.

On January 1, 1967 he opened his own business, Associated Claim Services, of which he was very proud, a business that still exists today. Roger loved music and had a beautiful, strong voice. In his younger days, he sang in a Barbershop Quartet, but for the most part he dedicated his voice to the Grace Lutheran Church choir. He was a regular soloist at services and frequently sang at weddings and other special occasions. He lived across the street from his church and considered himself it's self-appointed caretaker. He dedicated himself to all aspects of Grace Church life: organizing the construction of a new building, raising the bell tower, teaching Sunday School, serving on the Council, and assisting at services. He rarely, if ever, missed a Friday morning bible study.

He is survived by Gerry, his wife of 74 years, and his children, Karen Jean Ziemer (Paul), John Roger (Jennifer) and Jane Lynn Kirkeide (Terry Gross).

Roger was pre-deceased by his parents, his siblings and his two daughters, Susan Kay (Eric Rosenthal) and Cindy Louise.

The family extends its heartfelt gratitude to the nurses, staff and volunteers at the ThedaCare Hospice apartments, who attended to all of Roger's needs and assured that he was comfortable and safe until the moment he died.