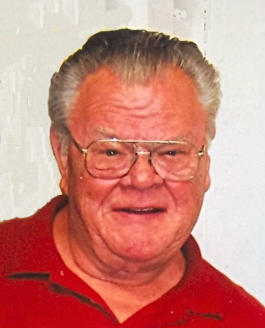 Roger Joseph Vanden Heuvel, age 75, passed away surrounded by his family on Wednesday, June 26, 2013. Roger was born in DePere, on June 6, 1938, to the late Albert and Adell (Van De Hey)Vanden Heuvel.

Roger served in the Army Reserves and did 6 months of active duty after graduating from high school. He worked 40 plus years at the Kimberly Mill until his retirement in 2001. Roger's hobbies and passions included golfing, fishing- both water and ice, hunting with his children, building birdhouses and feeders, anything crafty, vegetable and flower gardening, going up north, cooking, grilling-especially his “famous” ribs, and mixing one of the best old-fashioneds (“wonderful ideas”) you'll find. He also enjoyed playing cards and cribbage with the guys at JP's bar and attending his grandchildren's sporting events. Additionally, Roger was an avid Packer, Badger, and Brewer fan.

Funeral liturgy for Roger will be held at 5:00 p.m. on Monday, July 8, 2013, at HOLY SPIRIT/HOLY NAME CHURCH, 600 E. Kimberly Avenue, Kimberly, with Msgr. Jim Vanden Hogen officiating. Visitation will be held at church from 2:00 p.m. until the time of service. Roger will be laid to rest privately at Holy Name Cemetery. Online condolences may be expressed at www.wichmannfargo.com.

Roger and his family would like to extend a sincere thank you to Dr. Toni Neal, Matt, Ange, and Nicci at Neal Diabetic Foot Clinic; Becky and the entire staff at Fresenius Dialysis Clinic of Appleton; Roger's numerous doctors: Dr. Dernian, Dr. Robert Wilson, Dr. Koepper, Dr. Brooks, Greg Bautch APNP, Dr. Winek, Dr. Ballard, Dr. Boren, and Dr. Swanson. A special thanks to the many drivers at Valley Transit/Running Inc., Anita at Rennes Healthcare Center, and Melissa at Parkside Nursing Home. Your care and compassion will be remembered always.