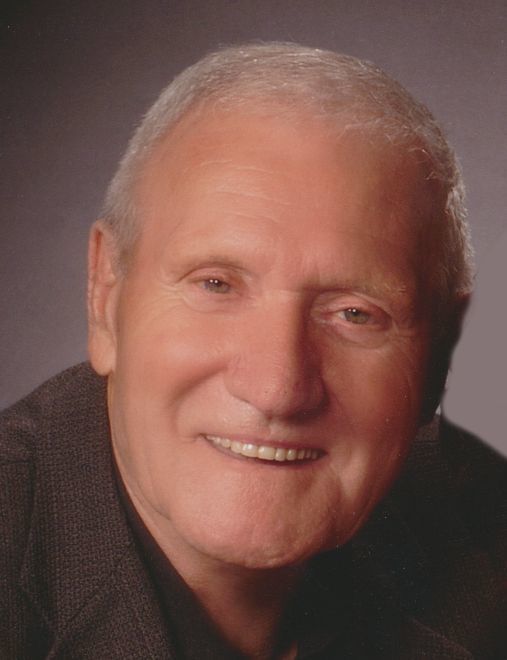 Roger Wilfuer, age 80, of Appleton, passed away peacefully on Sunday, May 15, 2016, at his home with his family by his side. He was born on November 2, 1935 in Deer Creek, Wisconsin, the son of the late George and Mildred (Behnke) Wilfuer. Roger proudly served his country in the U.S. Army until 1961. In the May of 1962 he married the love of his life, Beverly Affeldt at St. Lawrence Catholic Church in Navarino, and they shared 54 wonderful years together. Roger retired in 2000 from U.S. Papers – Sonoco Division in Menasha. He enjoyed hunting, fishing, and spending time with his family at the cabin up north in Deer Creek.
Roger is survived by his loving wife, Beverly Wilfuer; children, Brenda (Al) Biese, Wendy (Eric) Southard, and David (Mary) Talady; grandchildren: Alexa and Valyssa Biese; Michael (Alicia), Tyler (Danielle), and Travis (special friend Katherine) Southard; Davey and Lynda Talady; great grandchildren: Killian, Laila, Zoey, Lily, and Kaiden Southard; brother, Wayne (Muriel) Wilfuer; sister-in-law, Shirley Smith; brothers-in-law, Louis Affeldt, Jr. and Ray (Ellen) Affeldt. He is further survived by his nieces, nephews, “self adopted sons”, Larry Miller and Kim Wolff, along with other relatives and friends.
Roger was preceded in death by his parents, father and mother-in-law Louis Sr. and Madeline Affeldt, brother Lowell Wilfuer, infant granddaughter Valerie Kaye Biese, sisters-in-law: Linda (Doug) Talady and Sherrie Affeldt, and brothers-in-law: Kenny (Sandy) Affeldt and Davey Smith.
The funeral liturgy for Roger will be held at 11:00 am on Saturday, May 21, 2016, at ST. BERNARD CATHOLIC CHURCH, 1617 W. Pine Street, Appleton. Fr. Dennis Ryan will be officiating. The family will receive relatives and friends on Friday, May 20, 2016, at Wichmann Funeral Home, 537 N Superior St., from 4:00 p.m. until 7:00 p.m. beginning with the prayer service at 4:00 p.m. and again at CHURCH on Saturday morning from 9:30 am until the time of mass. In lieu of flowers, a memorial fund has been established in his name. Online condolences can be offered at www.wichmannfargo.com.
Roger's family would like to thank Dr. Goggins from Fox Valley Hematology and Oncology, the staff at St. Elizabeth Hospital, and Heartland Hospice for their wonderful care, help and friendship.