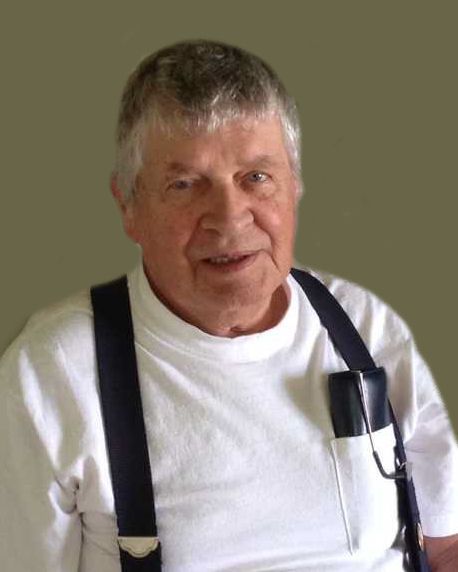 Roger Reschke went to Heaven to be with his Lord and Savior Jesus on Wednesday, May 20, 2015, at St. Paul Elder Services, with his family present. Roger was born October 9, 1935 in Green Bay, Wisconsin to Clarence Reschke and Emily (Kielgas) Reschke. He was baptized on November 11th, 1935 at St. John Ev. Lutheran Church in Wrightstown and confirmed there on May 15th, 1949. Roger graduated from Wrightstown High School in 1953.

Roger was a tinkerer, especially with engines, taking great pride in rebuilding his Bolens numerous times to his precise specifications. He also was an avid bowler until his health declined. He enjoyed travelling to the annual National Bowling Tournaments in cities throughout the US. He was honored by being inducted into the Fox Cities Bowling Hall of Fame
Roger was employed with Roloff Manufacturing in Kaukauna from 1956 until his retirement in December of 1998. He also worked part-time at Abe Goldin & Sons and most notably at Super Bowl in Appleton where he made many good friends.

Roger is survived by his six children: Cindy (Kevin) Wundrow of Appleton; Randy (Anne) Reschke of Hortonville; Jeff Reschke of Kimberly; Jim (Debbie) Reschke of Hortonville; Julie (Scott) Fromhart of Greenville; and Lu Ruys (special friend, Philip Nettekoven) of Kimberly. He is also survived by eight grandchildren: Kayla (Jeff) Simon and great-grandchild expected in July; Kyle Wundrow, Bobby and Tyler Reschke, Sabrina and Sydney Fromhart and Jake and Liana Ruys. He is also survived by brothers and sisters: Gloria Schroeder, Donna Schroeder, Darol (Ethel) Reschke, and David (Lynn) Reschke; a sister-in-law: Betty Reschke; and numerous nieces and nephews. He was preceded in death by his parents, brother, Wesley Reschke, granddaughter Allyssa “Ally” Anne Reschke and brother-in-law Edward Schroeder.
The Christian Funeral Service for Roger will be held on Saturday, May 23, 2015 at 4:00 PM at Trinity Ev. Lutheran Church, 804 Grignon Street in Kaukauna, with Pastor Andrew Luehring presiding. Visitation will be held at the church on Saturday from 2:00 PM until the time of the service. In lieu of flowers, Roger has requested that any memorials be directed to Trinity Ev. Lutheran Church Building Fund or Fox Valley Lutheran High School.

Our family wishes to thank St. Paul Elder Services and their gracious staff for their kind and compassionate care of Roger while in rehab and then on Primrose and Birch for the last three months of his life. It was comforting to our family that numerous employees who lovingly visited Roger during his final hours.