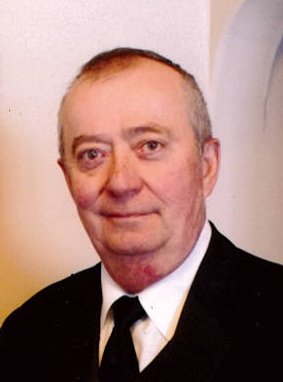 Roger P. Knorr, 68, went to the end of the line on earth, unexpectedly on Friday, October 5, 2018. The song by the Traveling Wilburys, “End of the Line”, was a song we listened to together often. It really became a Knorr family must listen to song at the end of an evening together. Roger was born on May 11, 1950, in Neenah, the son of Harvey and Kathryn (Dennee) Knorr. He served his country in the U. S. Army during the Vietnam War. Roger was united in marriage to Karen Samolinski on October 12, 1973, at St. Mary Catholic Church, Menasha, they would have celebrated 45 years together this year. He was the ultimate game player - cards, board games, trivia - he was always playing to win! Baseball, hunting, and fishing, were also a big part of his life. Snowmobiling years on his Massy Ferguson were epic. Telling long stories filled an evening with his family. He loved sharing life with his 8 wonderful grandchildren, always sharing his dandy wisdom with them.

Roger was preceded in death by his parents; 4 brothers: Dick (Marilyn), Ted, Fred, and Sam Knorr; and a brother-in-law: Bill Geenen.

Roger’s family will greet guests from 5:00 pm until 6:30 pm, on Wednesday, October 10, 2018, at the Wichmann Funeral Home - Laemmrich Chapel, 312 Milwaukee St., Menasha. There will be a sharing of memories on Wednesday at the Chapel starting at 6:30 pm. In lieu of flowers, memorial contributions are sincerely appreciated to Roger’s favorite charity, the Disabled American Veterans (DAV).