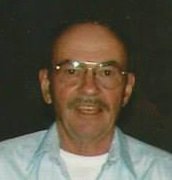 He was preceded in death by his parents; brother Nicholas Micke; father-in-law and mother-in-law, Jacob and Edna VandeLoo; sister-in-law, Della VandeLoo.

Roger graduated from Kaukauna High School and went on to join the U.S. Navy in 1957. He began his career at Miller Electric in 1963, retiring after 33 years of employment. Roger was an avid sportsman who found great joy spending time fishing, racing stock cars, playing cards, and taking care of his many dogs and cats.
Thanks to all the nurses on the 8th floor at Appleton Medical Center, with a special thanks to Shannon, Ashley, and Kensley who helped make his last day comfortable.
The memorial mass for Roger will be held on Wednesday, May 20, 2015 at 11:00 AM at ST KATHARINE DREXEL PARISH, ST. FRANCIS CHURCH, 433 County Rd. CE, Hollandtown with Fr Jerry Pastors officiating. A time of visitation will be held on Tuesday, May 19, 2015 from 4:00 until 7:00 PM at the Fargo Funeral Home and on Wednesday from 10:00 AM until the time of the service at the church. Online condolences may be expressed at www.wichmannfargo.com. In lieu of flowers a memorial fund is being established.