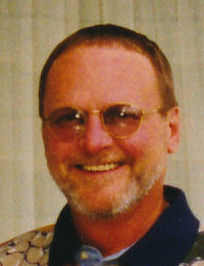 Roger E. Schilhabel, age 62, of Neenah, passed away among loving family and friends by his side after a courageous battle with cancer. He was born on June 27, 1949 in Neenah, the son of the late Jerry and Shirley (Borlace) Schilhabel. Roger graduated from Appleton West High School. On August 20, 1976, he married Roberta Young at Trinity Lutheran Church in Appleton. Roger served his country in the U.S. Army during the Vietnam War and was a member of the Harvey Pierre Post #2778 VFW. He was employed with SCA Tissue in Menasha for 44 loyal years. Roger was a fun story teller and loved to entertain and make people laugh with his own unique brand of humor and view of the world. He enjoyed numerous awesome vacations with his wife, and Steve “Hawk” and Joan Hawkins. Highlights for Roger were, riding his motorcycle on road trips throughout Wisconsin with his buddies Ron, Dick, and Jim, and spending quality time with family, friends, and beloved pets. He cherished happy boyhood memories of his summer days spent with family in Negaunee, Michigan.

The funeral service for Roger will be held at 7:00 pm on Wednesday, April 4, 2012 at WICHMANN FUNERAL HOME with Rev. Tim Albrecht officiating. Burial will take place at Highland Memorial Park in Appleton. The family will receive friends on Wednesday from 4:00 pm until the time of service. Memorials for The Highground Veterans Memorial Park in Neillsville, Wisconsin in his name are appreciated. Online condolences may be expressed at www.wichmannfargo.com

Special thanks to our friends and neighbors who were always there to lend support and a helping hand. Also, to the “World Class” ICU nursing staff at Theda Clark Medical Center, and Dr. Laurin Bellg for their outstanding care of Roger.

“I am ready to meet my Maker. Whether my Maker is prepared for the great ordeal of meeting me is another matter. Do not stand at my grave and weep, I am not there, I do not sleep, I ride.”