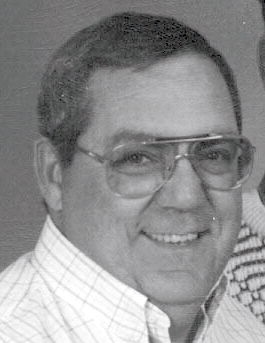 Age 60, died at his home on Thursday, October 7, 2004, following a year-long struggle with pancreatic cancer. Roger was born on July 28, 1944 in Appleton, son of the late August and Mary Ann (Brautigam) LeClair. Roger attended Appleton High School with the class of 1964, and served in the United States Army from 1963-1966 in France and Germany. He married the former Bonnie Smith at Manawa Methodist Church on August 5, 1967. They lived in Genoa, Wisconsin for two years where he was a boilermaker at the Genoa Power Plant. They moved back to the Valley where he worked construction. In August 1973, he began working for Miller Electric Manufacturing Company, first in the Weld Shop, then Maintenance Department, and then in Tech Sales. He felt fortunate to have been one of the semi-drivers/welding technicians for the Miller Road Show, and had traveled extensively throughout the United States and Canada. He formed many wonderful friendships along the way. He bled Miller blue. When his sons were boy scouts, Roger was a Webelos leader for Troop 3042 as well as an Assistant Scout Master with Troop 127. He liked to watch NASCAR races, and the Packer and Brewer games. His passion was his hot rod – welding was his gift. He was a member of the Miller‚Äôs Quarter Century Club, American Welding Society and the National Hot Rod Association. Roger enjoyed the company of his grandkitty and buddy, Guinness.

Funeral services for Roger will be held at 11:00 AM on Saturday, October 9, 2004 at FIRST UNITED METHODIST CHURCH, 325 E. Franklin Street in Appleton. Friends may call at the funeral home on Friday (TODAY) from 4 ‚Äì 8 PM and again Saturday at the church after 10 AM.

We would like to thank our family and friends as well as Miller Electric and its employees for all their support and prayers. Thanks also to: Dr Geller and his staff for their efforts, ThedaCare At Home, especially his Hospice Nurse, Mary O‚ÄôBrien, who helped him in his transition from this life to the next. Many other ‚Äúangels of mercy‚Äù assisted Roger during his illness ‚Äì our gratitude goes out to you as well. We offer our deep gratitude to Pastors Ingram, Voigts, Brice, and Ward for their spiritual words of comfort. Most of all, special thanks to Wayne Reece of Louisville who made Roger‚Äôs dream come true.