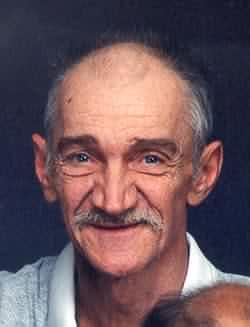 Rodger, age 61, died unexpectedly during the night at his home on East Pacific Street in Appleton. He was born in Briarton (Shawano), Wisconsin to the late Raymond & Laura (Winterfeldt) Steward who preceded him in death in 1995 & 1966 respectively. He attended Woodlawn Grade School & Wilson Junior High School while working for O. J. Krull Mink Farm before entering into the Army. After he was discharged, he served in the Wisconsin National Guard 32nd Division for two years. He worked at the Neenah Foundry for 25 years (1965-1990). He married the mother of his children, Mildred Paul, in February 1959. Rodger's love for nature was visible in the plants and flowers he planted and cared for, along with his love of hunting and fishing. He was an extremely devoted & loving father, grandfather, and great-grandfather. Rodger is survived by 4 children, 13 grandchildren, 2 great-grandchildren, Roderick & Fraula (Geiger), and their children, Roderick Jr. & special friend Paula Bosshart, Jessica Steward, Daniel Howard, Christopher Howard, Austin Howard, & Christine Steward; Nanette & Mark Sanderson, and their children, Derek, Donald; Loralie & Don Knaack, and their children, Erika Steward, Buck Brouillard, Rebecca, Don Jr.; Colette & Jay Krablien, and their children, Allisa Waite, Jesse Waite, Samantha Krablien; 2 brothers and sisters-in-laws; Douglas & Marion (Dakins), Lyle & Gladys (Sunnes), 4 sisters and brothers-in-laws; Eloise & Norman Thede, Audrey & Quintin Thede, Dianne & Jim Barrett, Elsa & Richard Schultz; and uncles and aunts, Harold (Thelma) Steward, Willard Winterfeldt, Paul Winterfeldt. He is furthur survived by numerous nieces, nephews, great-nieces and great-nephews. Rodger was preceded in death by a son Rodney; a brother/sister-in-law Ronald (Vivian) Steward; paternal grandparents William & Sarah (Curtis) Steward, maternal grandparents Heinrich & Fredrike (Sauerbier) Winterfeldt; maternal uncles/aunts Arthur (Zelaya Ross), Irving (Lavern Last), Norman (Mary Belle Carpenter), Orval (Ruth Last), Leroy, Ida (Saltz), Arlene (Merholtz) Winterfeldt, Clara (Oliver) Pepper; & paternal aunt/uncle Sylvia (Tom) Totten. The Memorial Service will be held at 11:00 a.m., on Saturday, November 17, 2001 at WICHMANN FUNERAL HOME. Interment will be held at Riverside Cemetery. Friends will be received at the funeral home on Saturday, November 17, from 9 a.m. until the time of service. Military honors will be held following the service. In lieu of flowers, a memorial fund has been established. Rodger‚Äôs rounds are complete, and his paperwork is done. He will be greatly missed by all who knew him.

We love you dad.